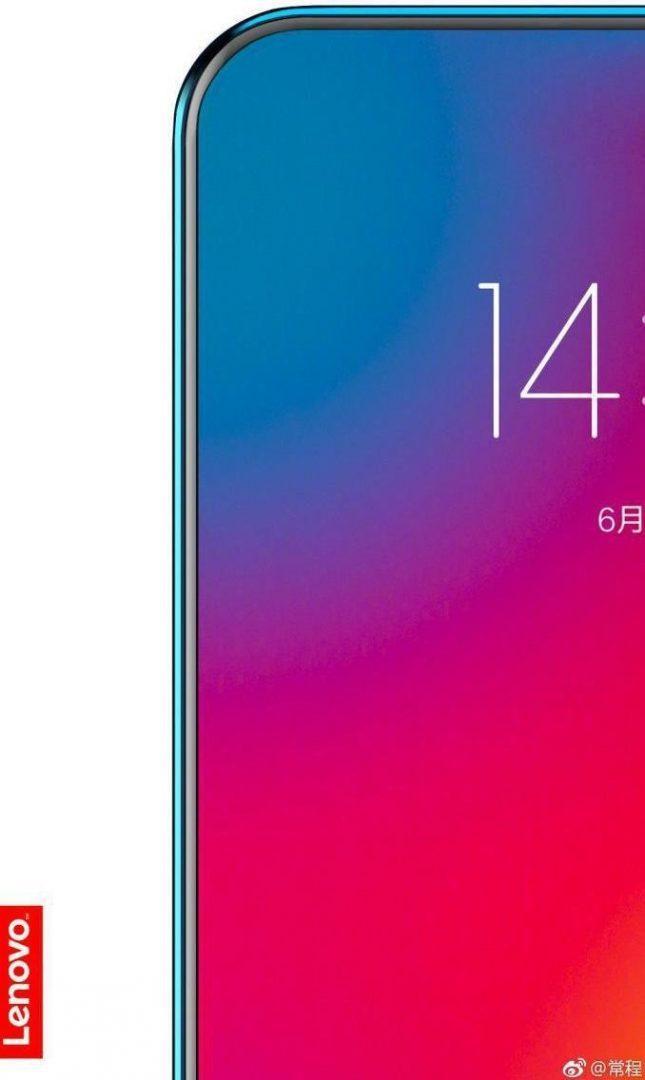 Lenovo has not been very active since last year when it came to upper-mid range devices, due to Motorola taking care of that premium high-end segment. The company only did budget phones like the K8 Note and K8 Plus. However, the company can’t keep itself away for much longer and has jumped into the Bezel display bandwagon. As Lenovo’s Vice President shared a teaser on its upcoming Bezel-less phone, which will be a flagship device.

An image was also shared, showcasing the upper left corner of the device and as we can see this one has absolutely no bezels at all. A complete totality display is present here in this image render. Lenovo also talks about how getting rid of the camera, antenna bands and earpiece has resulted in this look. However, we doubt that there’s still a bezel at the bottom unless a pop-up camera shows up anytime soon.

Lenovo’s VP also asked it’s fans to guess the screen-to-body ratio of this bezel-free Lenovo flagship and there were four options with the first one ranging from 80 to 84%, second was 85% to 89%, 3rd option was 90% to 94%, while the last option is going insane with 95% and above. So, this might be just the phone to have the highest screen-to-body ratio, which could probably mean close to 95% or even more.

As mentioned above this will be a flagship phone, so a high-end Snapdragon 845 or maybe an 835 paired with 6GB RAM and 64GB/128GB storage should be on-board. This new bezel-less Lenovo flagship is set to debut on June 14. This will take on the likes of the iPhone X, Xiaomi Mi Mix 2s, Galaxy S9 Plus, Motorola Moto Z3 2018, the OnePlus 6, as well as the LG G7 ThinQ. And finally, this doesn’t have a notch on the front, and the fingerprint reader could be at the rear.