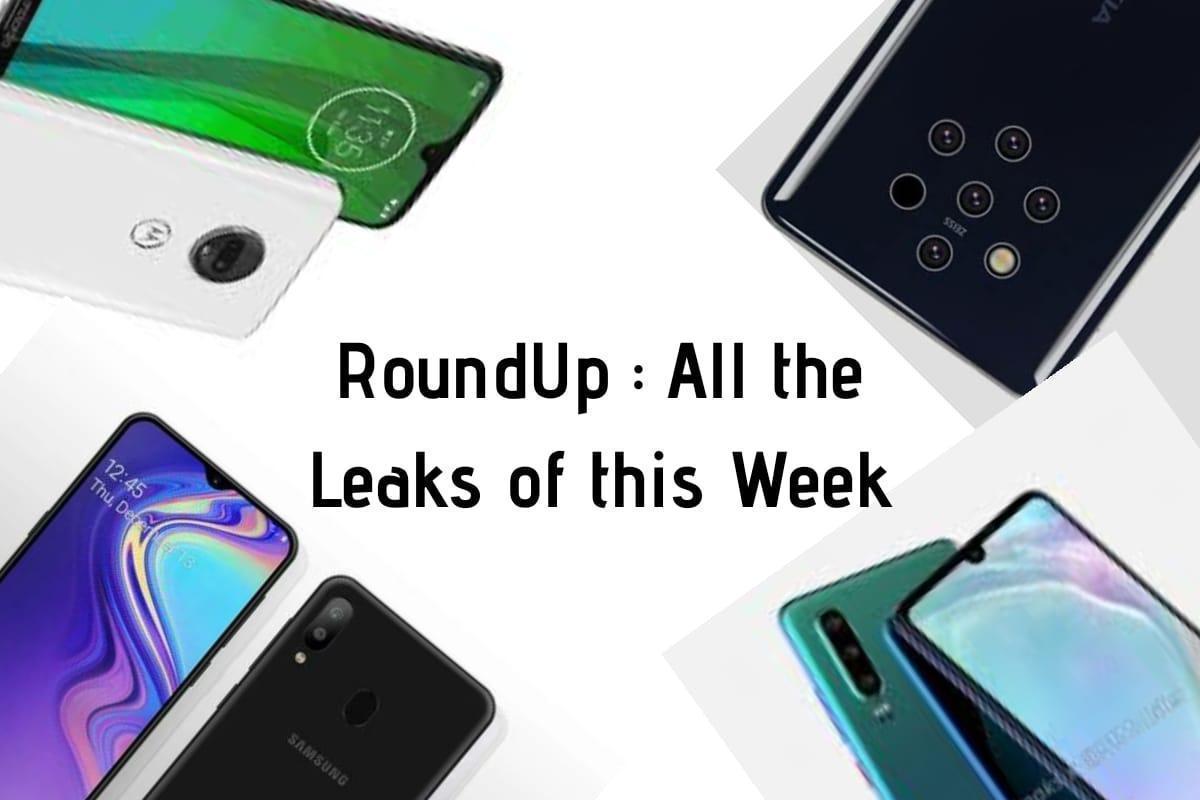 The previous week and this week had seen a lot of leaks and renders in which some were fake, and some may be real, From Oppo to Samsung, many phones had been leaked, and there is a lot of excitement regarding this, so to not mess things up This series of Articles are posted every week

Today two new Oppo Phones codenamed ‘CPH1969,’ and ‘CPH1909‘ was seen on databases of Indonesian and Thailand Regulators and reports suggests that the phone with the model number ‘CPH1969’ would be sold with the branding of Oppo F11 Pro. The Company has already announced that they would be soon bringing a smartphone with 10x Optical Zoom technology and now it may be possible that the phones be the OPPO F11, F11 Pro, and the R17 Neo

The Manufacturer may have decided to launch these phones at MWC 2019 along with other devices. We know that the F-Series is based on Photography. In a report by MySmartPrice, The R17 Neo a lower version of R17 pro would sport a new Snapdragon 670 Chipset officially.

It is a screenshot from Eurasian Economic Commission. It suggests that Apple may be working on 4 new iPad devices along with a new generation iPod!. Yes, You read it right an iPod! It is expected to arrive around 2H of the year.

Nokia 9 PureView had leaked last year for the first time, and we expected it to launch in 2018, but the company didn’t launch it but now finally as leaked information suggests, the company may be launching this phone in February 2019. The Phone would give a tough competition to the Pixel 3 as the Nokia 9 PureView sports a Penta Camera Setup on the rear.

Some Early Renders show us the Nokia 9 PureView with a Penta Camera Setup, a notch, and an under-display fingerprint scanner. This Render was made by Ben Geskin. The Back showcases an Uni-body glass design with Wireless Charging Support.

Other Renders by Evan Blass shows us a phone with no notch instead having bezels on both top and bottom with a 5.99inch Display, In-Display FingerPrint scanner, and Penta Camera Setup. 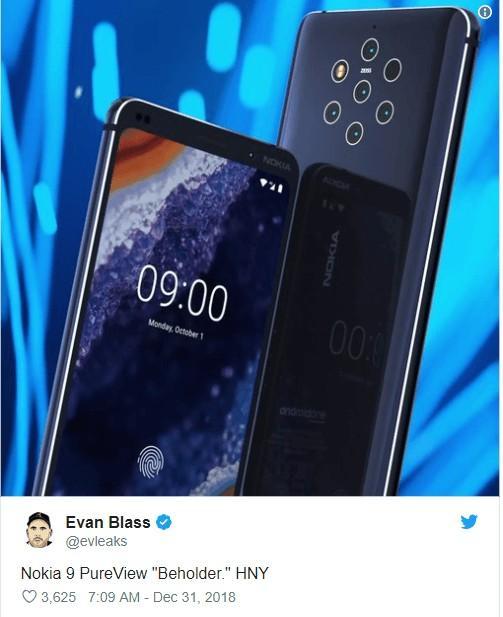 The Screen size is confirmed to be 5.99 inches 2K display, but we don’t know the resolution of the display while we expect it to have a Snapdragon 855 Chip and come with Android 9.0 Pie with Android One Program Out of the box.

An unexpected device by Google suddenly popped up on Geekbench sporting a Snapdragon 855 Chipset and no more details, we could assume it as Pixel 4 as it is an upgrade to 2018’s Pixel 3 with Snapdragon 845 Chipset but it has not been time of the Launch of Pixel 3 we are not sure of this device to be Pixel 4. Instead, we assume this to be Google’s new Chromebook 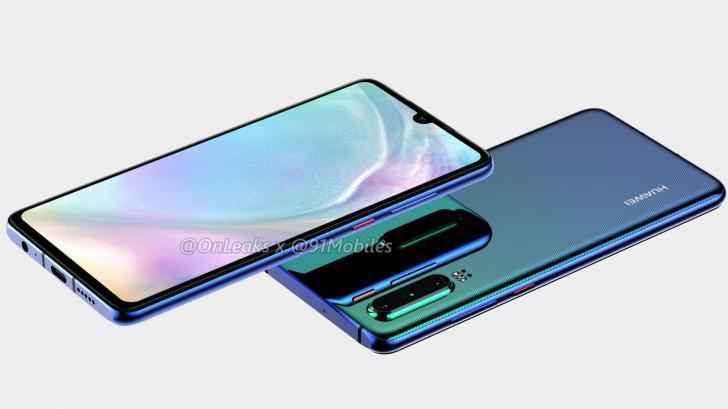 Early Renders of this Device show us a Waterdrop Notch, a headphone jack which was missing from the P20 and a red colored Power Button to differentiate Power and Volume Controls. We see this Phone in sea-blue color, which is the color used by Huawei in most of their phones and there is no fingerprint scanner on the rear so it’s clear that the P30 will sport an in-display fingerprint scanner

On the Rear, we see a triple rear camera setup which would sport a 40MP with a 5X Lossless Zoom and the 3rd Sensor being a Wide-Angle Camera. We expect the phone to be powered by the Kirin 980, the same processor used on the Mate 20 Pro. The Screen Size is expected to be about 6 inches. and weighing about 172gms 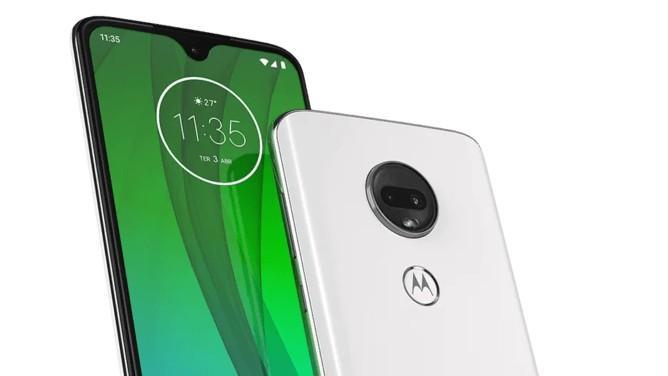 Moto G7: The phone will be powered by a Snapdragon 632 Chipset, 4GB RAM +64GB Storage, a 6.24 inches FHD Display and on the camera side the phone is expected to come with 12MP + 5MP Rear Camera and an 8MP Selfie Shooter with a 3000 mAh Battery, Motorola’s Turbo Charge, and Android 9.0 Pie out of the box

Moto G7 Plus: The phone will be powered by a Snapdragon 636 Chipset,4GB RAM +64GB, a 6.24 inches FHD Display and on the camera side the phone is to come with 12MP + 5MP Rear Camera and a 16MP Selfie Shooter with a 3000mah Battery, Motorola’s Turbo Charge, and Android 9.0 Pie out of the box and weighing about 174gms

Moto G7 Play: The phone will be powered by a Snapdragon 632 Chipset, 2GB RAM + 32GB Storage, a 5.7 inches  Display and on the camera side the phone is to come with 12MP + 5MP Rear Camera and an 8MP Selfie Shooter with a 3000mah Battery and Android 9.0 Pie out of the box and weighing about 142gms

Moto G7 Power: The phone will be powered by a Snapdragon 632 Chipset, 3GB RAM + 32GB Storage, a 6.2 inches FHD Display and on the camera side the phone is to come with 12MP + 5MP Rear Camera and an 8MP Selfie Shooter with a massive 5,000mah Battery and Android 9.0 Pie out of the box and weighing about 142gms

According to a report submitted by slashleaks, Vivo’s New Phone the V15 Pro a successor to the V11 Pro would sport a triple rear camera setup and a Popup selfie camera as it can be seen on the image of the transparent cover

Xiaomi’s First Android Go Smartphone ‘Redmi Go’ was Leaked on the /Leaks Website with full specifications. The Phone sports a 5.0 inches LCD Display with an aspect ratio of 16:9, The Phone comes with a Snapdragon 425 Chipset, 1GB RAM and 8GB Internal Storage with microSD slot and Dual 4G Sim Support. On the battery side, it sports a 3000mah battery with a single rear camera setup of 8MP and a front camera 5MP. Redmi Go is based on Android 8.1 Oreo (Go Edition)

Another Nokia Phone leaked after Nokia’s Flagship Nokia 9 PureView; This would be the cheapest Nokia Smartphone ever launched! The Chipset being used in Mediatek MT6739WW with a GPU of Imagination Tech PowerVR GE8100 GPU which runs at 570MHz. The Screen size is 480 x 960 and running on Android 9.0 Pie and a screen density of 213 pixels.

Samsungs most hyped the Galaxy M Series which is to be launched in India, comprised of 3 Phones The Galaxy M10, M20 and the M30 which are to launch in India Today. We have got a live picture of the Phone with all the details being leaked such as the Screen Size being 6.3inches, a 13+5MP Dual Rear Camera, an 8MP Selfie Camera and a 3.5mm Headphone Jack with a rear-mounted fingerprint scanner and the main highlight being a massive 5,000mah Battery.

That’s All For this week, Stay Tuned for more updates.