Nokia a Finland based company launched in 1865 had been ruling the market at one time, The Company had launched some great phone in the budget as well as the Mid-Range category in 2018 such as the Nokia X5 in the budget category, The Nokia X6 in Mid Range and the Nokia 8.1 in the Flagship category, All these phones saw popular support from the Fans and now is trying to enter the Below 100$ Category with the new Nokia 1 smartphone.

and now it is confirmed that the company has been working on Nokia 1 Plus which would be a downgrade to Nokia 3.1 Plus (Nokia X3) which would be a competition to Xiaomi’s Latest Redmi Go smartphone. According to the reports, the Nokia 1 Plus would sport a  Mediatek MT6739WW chipset with 1GB of RAM (1024MB), also the screen resolution would be 480 x 960 with an Imagination Tech PowerVR GE8100 GPU which runs at 570MHz, According to the Report, The phone would be running on Android 9.0 Pie Go Edition, which is great for a budget smartphone. TigerMobiles has also posted a render which you can find below. According to the rendered image, it seems like it will be definitely a sub $100 device. 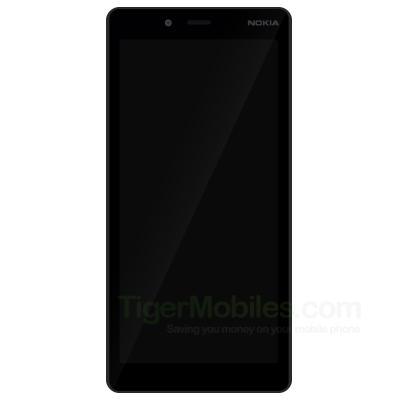