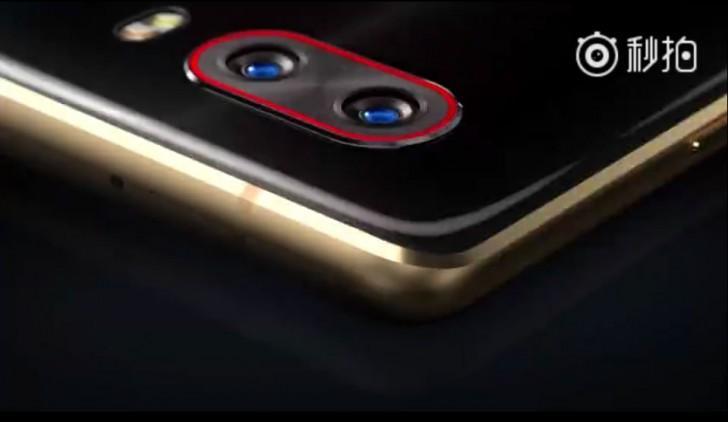 ZTE, a Chinese brand has earlier launched its Flagship the ZTE Nubia Z17 though it was not very successful as already other smartphones with similar specs and lesser price were there on the market. Now it looks like this time ZTE is cooking something special for the consumers. The fresh news suggests that the images of ZTE’s two new devices got leaked online and they are looking pretty impressive as always. Let’s check out the expected specs and pictures of the devices.

Firstly, we will be talking about the ZTE Nubia Z17S which will be the successor to the current Nubia Z17. As per the leaked image, the phone has a glass design in the rear which looks amazing and at the same time is similar to other flagships like Galaxy Note 8, Mi MIX 2, etc. In the rear, a Dual-Camera setup can be seen with a Dual-LED Flash. The phone will run on ZTE’s custom UI based on Android 8.0 Oreo.

In the front as well a Dual-Camera setup is present and this time ZTE is coming with a Bezel-Less Screen, as per the previous rumors the device will have a small 3mm bezel at the top and bottom, and due to this, the Fingerprint Scanner is placed in the rear. ZTE has omitted the 3.5mm jack and instead of that USB Type-C charging port will doubles as the audio jack. The charging port and speakers are at the bottom, and only a mic is present on the top.

Another device which is its Mini variant known as the ZTE Nubia Z17 Mini S also got leaked. Being a mini version, it will not have a Bezel-Less screen which is visible in the pictures. It too has a Dual-Camera setup in the rear with Dual-LED Flash, and in the front as well a Dual-Camera setup can be seen. It features a Fingerprint Scanner in the front, unlike its bigger sibling. There is no 3.5mm jack on this phone as well and the Type-C port, Speakers, are at the bottom.

The specs of the two are not yet leaked or revealed, but the two smartphones are rumored to come with Facial Recognition, Z17 S will be available in Black and Blue colors while Z17 Mini S will be made available in two shades of Blue. For further updates stay tuned to us.