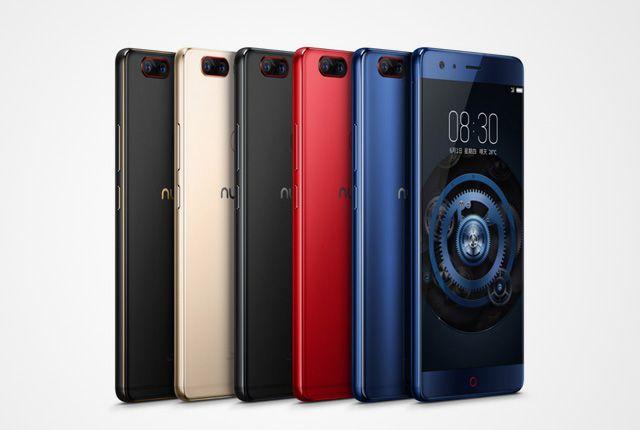 A Chinese brand ZTE has earlier launched its Flagship smartphone called as the ZTE Nubia Z17. The phone comes with a top notch hardware and software, at the time of launch ZTE has announced that the device will be made available in 6GB RAM -64GB ROM-128GB, 8GB RAM, and 128GB ROM variant. The phone is officially available in the Chinese market. However, another Z17 variant with 8GB RAM and 64GB ROM have been passed through the Tenna certification process.

Let me recall the specifications of the smartphone; the phone uses the latest and the most powerful Qualcomm Snapdragon 835(64 bit) Octa-Core processor clocked at 2.45Ghz coupled with optional 6GB or 8GB of RAM. For Gaming, the phone houses an Adreno 540 GPU.

In the front, it has a 5.5(inch) Full HD IPS LCD screen with a resolution of 1920 x 1080 pixels; a 2.5D Glass covers the display. The display is almost bezel-less which adds to the usability as well as make the device futuristic. The phone houses a multi functional home button in the front. The Fingerprint Scanner is present in the rear of the phone. The phone offers 64GB and 128GB of internal storage. Regarding battery, there is a 3200mAh battery with Quick Charge 4+ technology which can charge the device from 0 to 50% in just 25 minutes. The phone also has IP67 certification and can survive up to 1 meter under water.

In the rear, there is a Dual-Camera 12MP+23MP setup with PDAF, AI technology, LED Flash and in the front, it has a 16MP shooter for recording vlogs. The 8GB RAM variant will be priced around 3999 CNY, and nothing about the Indian launch is confirmed, but according to a Weibo source the 8GB RAM model will be priced at Rs. 39999.