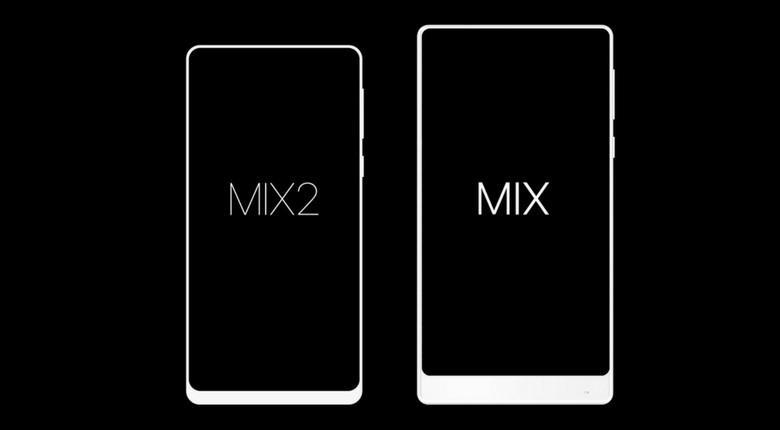 Xiaomi MI Mix 2 is just less than a week away from its official launch, and the device has already been leaked several times. So, we have a good idea of what to expect and now what we have here is a comparison between its predecessor the MI Mix which showcase Xiaomi’s design capabilities.

An image diagram shows here both the devices side-by-side, and we can see that the Mi Mix 2 is a little smaller overall as it has only a 6.2-inch display compared to the original Mi Mix which has a 6.4-inch panel. On the other hand, the corners are more curve this time like the LG V30 and Galaxy S8+. Moving further, to the frame it’s a lot thinner now while we still have a bottom bezel like its predecessor but it’s much smaller with the Mi  Mix 2, and we think this is the thinnest ever bottom bezel we have witnessed so far.

However, it looks like this Chinese giant did not stuff anything(sensors, camera, etc.) on the top by making a cut-out just like the essential phone or the upcoming iPhone 8. Instead, Xiaomi played it safe by adding them in the bottom bezel. This thus clears the doubt from the last reported post where the renders show the Mi Mix 2 visible to us partially.

Moreover, the device will be packing the highest and silicone from Qualcomm which is the Snapdragon 835 4GB or 6GB RAM and internal storage is expected to come around 128GB to 256GB. On the front, we will have a 6.2-inch Quad-HD bezel less display achieving screen to body ratio of more than 90%. And will be powered by a 4000mAh battery.

Xiaomi will announce this beast on September 11th, and hence achieving another refined and beautiful design milestone; which puts all the other main OEMs to shame. Availability should not be a problem this time around as this design is more mature and ready for bigger markets now so we could see a global variant heading our way soon.