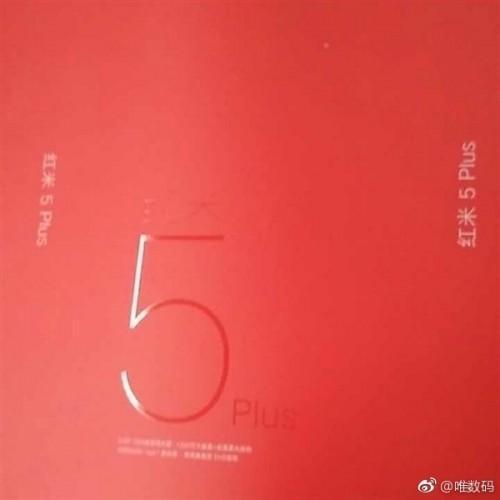 Xiaomi’s Redmi Note 4 successor, the Redmi Note 5 has been a part of leaks since more than a couple of months now; from its specs to dual-camera rumors and now what we have here today is a retail unit with an attractive moniker for the upcoming Redmi Note 5.

The retail box reads on as Redmi Note 5 Plus. Yes, according to this Xiaomi will launch a Plus variant of the device. Which could bring from minor to significant improvements for the phone, and would be considered as a high-end version of the Redmi Note 5 family?

However, there was also a probability that the next successor could also sport a Dual-Camera setup, but as we already said, that it would just compete with its cousin from Google’s Android One camp, that’s the Mi A1. So, unless it’s a major upgrade, we don’t think it might bring any Dual-camera functionality as of now.

Maybe an 18:9 aspect ratio display? It would be a nice addition as the smartphone industry is moving towards a bezel-less future; as borders are shrinking with each new iteration of devices.

So, its a great opportunity for Xiaomi to pioneer a bezel-less screen in the budget-midrange segment. Just like how Motorola’s Moto G invented the budget-premium segment earlier with their Moto G.

Lastly, you can expect it to pack more than 64GB of native storage; or a massive battery capacity is also possible on the Redmi Note 5 Plus.