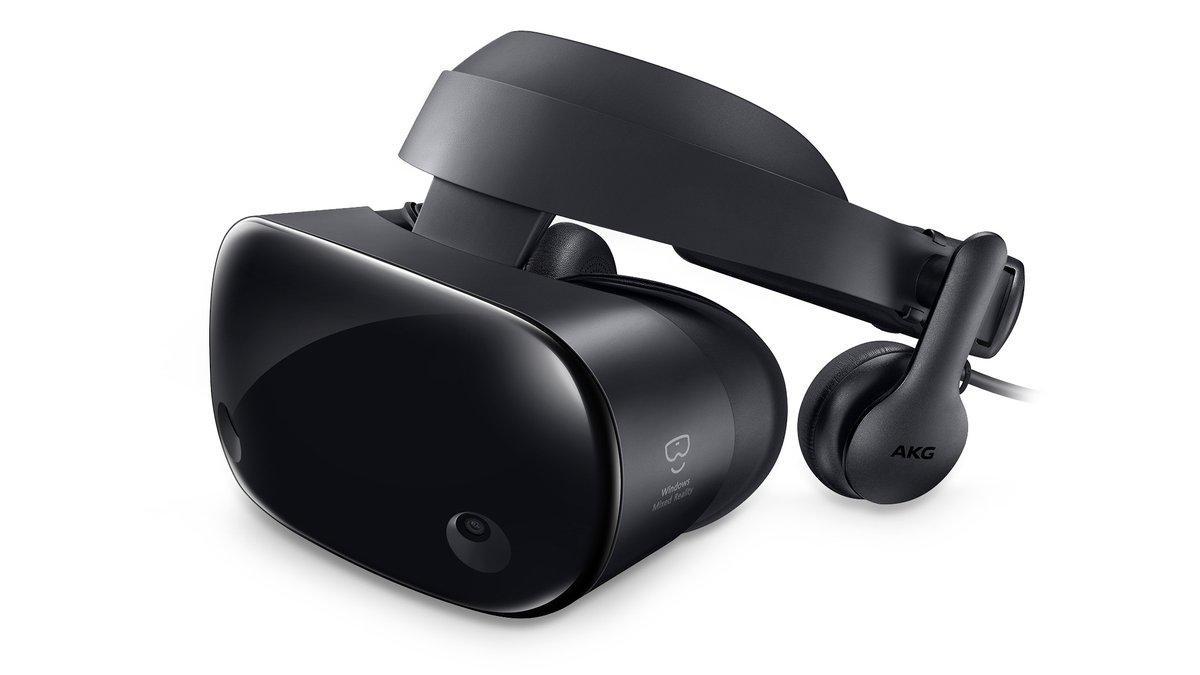 Microsofts will soon be launching its Windows Mixed Reality platform, and some manufacturers have lined up for taking their share by launching their Mixed reality headset. Moreover, one of them is Samsung, now what we have here is a Samsung Mixed Reality headset leak, and this image renders us a close-up look at the device, also confirming that Samsung wants to be the leading player when it comes to mixed reality platform.

So, now the question you might be asking is, What’s Windows mixed reality anyway? For the first time when you read mixed it might sound confusing, but in Microsoft’s world Virtual reality is known as Mixed reality; but it does not stop there, what Microsoft also says is that its a blend between Virtual reality and Augmented reality. They are trying to find a perfect balance in the middle of the road and trying to provide the best virtually-augmented experience.

Moreover, now coming towards the Samsung’s mixed reality headset, the device seems to have built-in headphones, which most other headsets will not provide. As well as a 6-degree tracking freedom similar to Microsoft’s headsets. Other than that, we also have the handheld, trackers that will be used to interact with the Virtual world.

However, there’s no information on the pricing for Samsung’s headset. Stay tuned for updates on it as we dig in more into this.