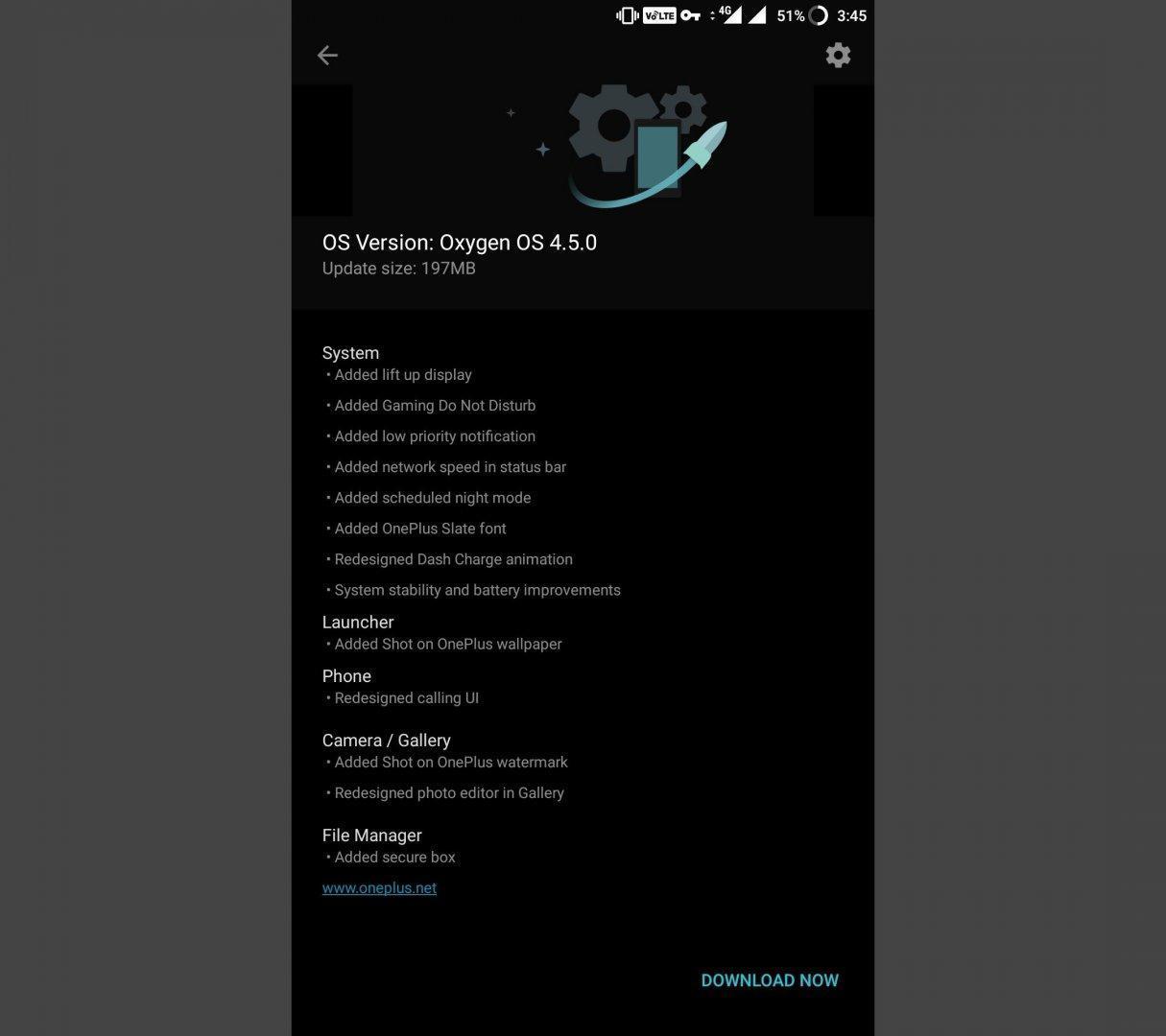 One plus earlier pushed an update loaded with features for its beta users of OnePlus 3 and 3T and now after exhaustive weeks of testing. The Chinese hustler has now started rolling out a stable and bug-free version of the final update for it’s One plus 3/3T users with the OxygenOS 4.5.0, which what One plus’s international ROM is called, outside of China.

Now moving towards on what features does it packs in this latest version of Oxygen OS, you can also expect some One Plus 5 specific features as well. The updates weights about 197MB which suggests One plus has a plethora of new changes and functions as well.

This cover almost everything except the parallel apps supports which wasn’t able to make it to the final built. Moreover, there’s nothing listed about any security patch in the change-logs.

And as per the norm, these updates do not come to every region overnight; they spread across the globe in phases, so be patient and wait till you get the pop-up for the same. However, you can always head over to Settings > About Phone > System Update to keep checking for them manually.