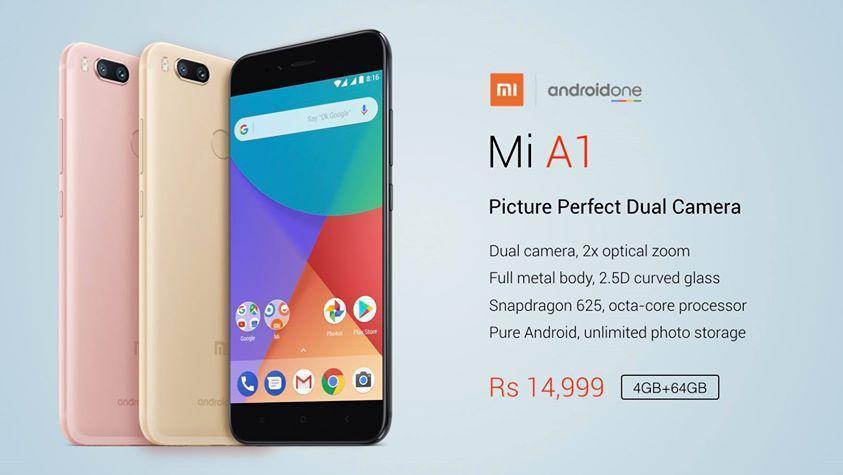 Xiaomi has today launched its latest Xiaomi Mi A1 smartphone in India, they have said that it will also be made available in some other countries as well. Earlier it was rumored that the device would come with Stock Android experience and yes the leaks were right as today Xiaomi has announced that the device will run on the Android 7.1 Nougat and will offer pure Android experience. Xiaomi has partnered with Google to make this dream come true, anyway let’s check out the specifications and pricing of the device.

Xiaomi Mi A1 is a Dual-SIM(Hybrid SIM Tray) smartphone and supports 4G connectivity. Powering it is a Qualcomm Snapdragon 625(64 bit) Octa-Core processor clocked at 2.0Ghz coupled with 4GB of RAM along with an Adreno 506 GPU for Gaming.

This same hardware can be seen on the Moto G5S Plus, Redmi Note 4, Mi Max 2 and much more. The phone will only be made available in 64GB ROM version whose storage can be further expandable up to 128GB’s via micro-SD Card. Google has also promised that with this smartphone user can enjoy Unlimited Cloud Storage.

It has a beautiful design and is completely made out of Aluminum, as per Xiaomi they have used a new technology which will reduce the phone temperature by 2 Celsius. The phone runs on Android Nougat and Google has promised to provide the Android 8.0 Oreo update by the end of 2017, and it will be among the few devices which will receive this update first. It has a 5.5(inch) Full HD IPS Screen with a resolution of 1920 x 1080 pixels and is protected by a 2.5D Curved Corning Gorilla Glass.

In the rear it has a Dual 12MP+12MP Camera combination with one lens being a Telephoto one while other is a Wide-angle one, PDAF tech is there, Dual-Tone LED Flash, 1.25micron pixel size and in the front, it has a 5MP snapper for selfies. As per Xiaomi, it is a Camera focused device, and this camera setup can easily beat the flagships like iPhone 7 Plus and OnePlus 5. 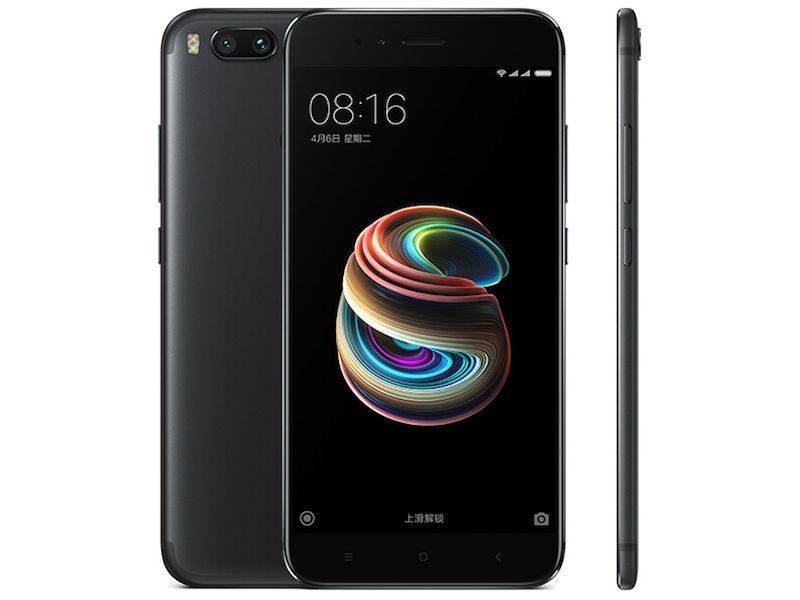 The phone houses a 3080mAh battery and has a USB Type-C port for Charging. Xiaomi has also enhanced the sound output of the device by using a separate Amplifier in it though it retains the 3.5mm jack for audio. The thickness of the device is 7.0mm, and it weighs around 165 grams.

The phone will be made available in Gold, Rose Gold and Black color option and as per Xiaomi Black color also has a coating which will protect the device from Fingerprints. The Fingerprint Scanner is present in the rear, and it will be available through Flipkart starting from 12th September, and you can buy it from Mi.in.

It is the first Android One device from the house of Xiaomi. It has a Xiaomi Mi5x with some minor changes the device was earlier launched in the Chinese market. Last but not the least the device is priced at 14,999 INR which is great according to us. Let’s see if the phone can make room in our best phone under 15000 lists or not.