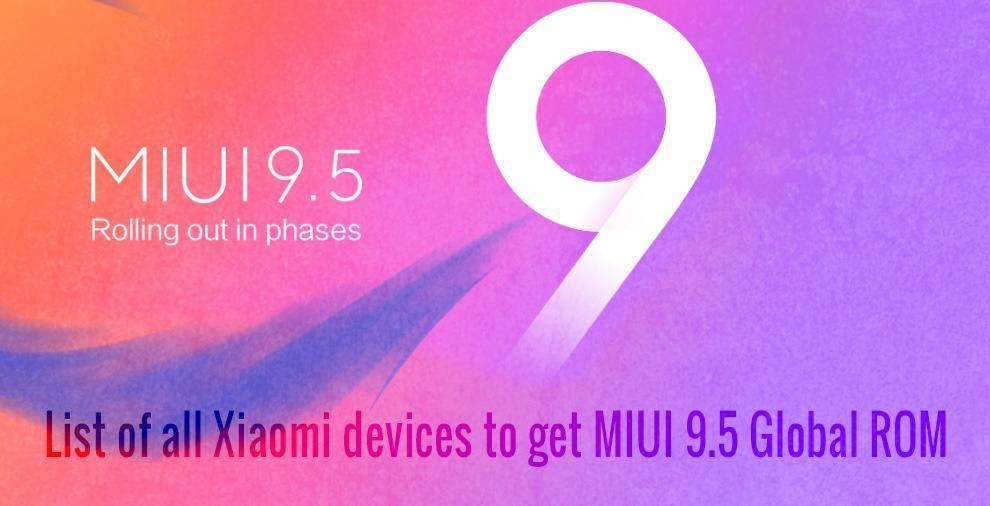 A new leak suggesting a complete Roadmap of Xiaomi devices to be upgraded to the upcoming MIUI 9.5.4 was spotted. And whether or not this new MIUI 9.5 is based on Android Oreo is yet unknown, but still, Xiaomi has introduced a lot of features and enhancements for the same.

On the other hand, the MIUI 9.5.4 is based on Android Oreo 8.1. Interestingly, the Chinese giant also lists 2 to 3-year-old devices from 2013 in this list, for instance, the Mi Note 2 and Mi 3 are present here. You can also check here to see which devices are eligible for Android Oreo update to get an idea of what to expect with the MIUI 9.5 Global ROM.

Talking about the device here’s a list of all the devices that will get the MIUI 9.5 Global ROM in 2018. And there are quite a lot of Mi and Redmi phones.

Moreover, this is a Stable ROM for all MI and Redmi Global devices and not only for Chinese variants. Another interesting fact here is that Xiaomi is updating its older models first, instead of the latest ones. So, it’s a good sign that the Company has not forgotten its old customers. Also, there’s no information on what security patches will this come with and what patches will be distributed for low tier devices.

Lastly, a few Redmi Note 4 users are currently receiving a new nightly update of MIUI 9.5, and if matched according to this Roadmap, Xiaomi is on schedule and users of other devices shall also expect the updates as per mentioned above. Unless there’re some new bugs discovered that might significantly cause delays, but for now, everything is going according to the roadmap, given above.