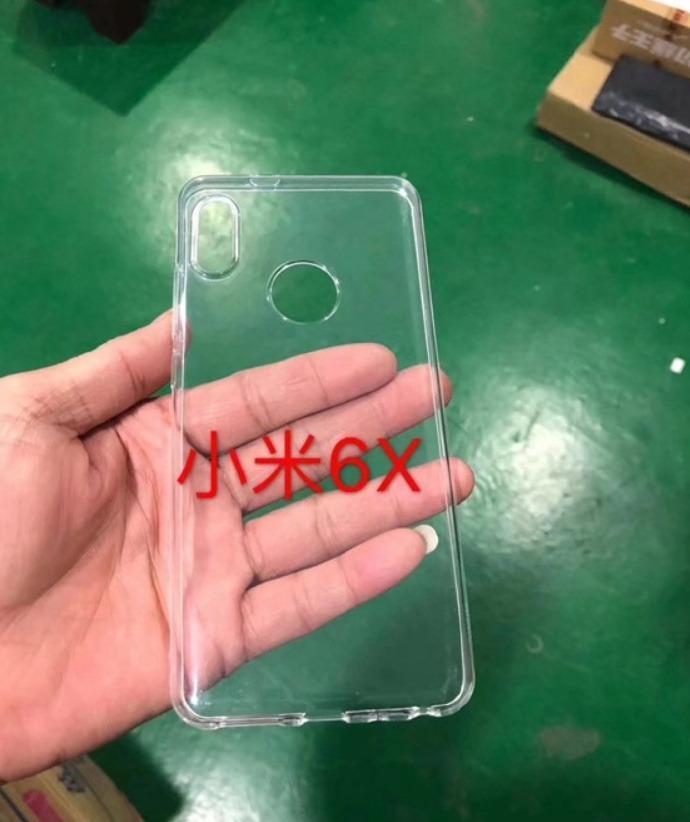 Previously we have seen a back panel of a Xiaomi device and which was back then said to be the rear panel of the Bezel-less Xiaomi Mi Mix 3, that’s the successor to the Mi Mix 2. However, now a similar looking rear panel’s back transparent cover is leaked, and it’s claimed to belong to Xiaomi’s current flagship’s upgraded variant called the Mi 6X.

The Mi Mix 3’s panel as we talked about it earlier, resembles or shall we say takes inspiration from the iPhone X‘s design from the rear, the same story follows here as well. Or maybe that reported Mi Mix 3 rear panel, doesn’t belong to it in the first place and is legitimately only made for the Mi 6X? Could be possible, why not, they have the same vertical traffic-lights style camera placement and the fingerprint scanner also in the upper center part of the rear.

Moreover, it’s confirmed that anyone of the two devices will sport Dual cameras, but still, there’s no substantial evidence of Mi 6X’s existence except this transparent case, which could also belong to the Mi Mix 3. When the next Xiaomi flagship launched in 2018, the Chinese giant has confirmed that their device will be powered by the highest available Snapdragon silicon and that’s the Snapdragon 845 they were talking about at the Qualcomm SD 845 launch event.

So still, no signs of any home-made Surge branded processors yet, the device even though sporting the SD 845 won’t come before Samsung’s Galaxy S9/S9Plus and the Galaxy S9 mini. As Qualcomm has a deal with the South Korean giant to use it’s top-shelf silicon exclusively before anyone else for few weeks or maybe months.

Apart from that, this Transparent cover shows the buttons placed on the right, and the left side, as well as the bottom speaker grills and headphone jack, also seem to be present here, fortunately.