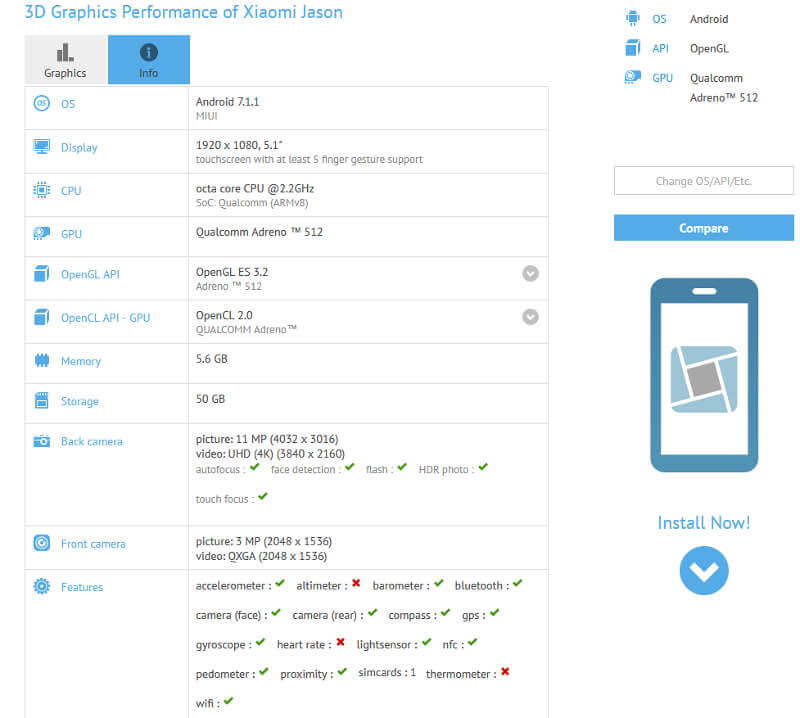 Xiaomi is one such tech company which is always in the news for one reason or another, be it for the upcoming Redmi Note 5 or the successor of the awesome looking Xiaomi Mi Mix.

Geekbench leaks aren’t much revealing, and there is an only limited piece of information about the device which is available as of now, but even though there aren’t any major details of the device leaked, it is still enough to stir the rumor mill for sure. 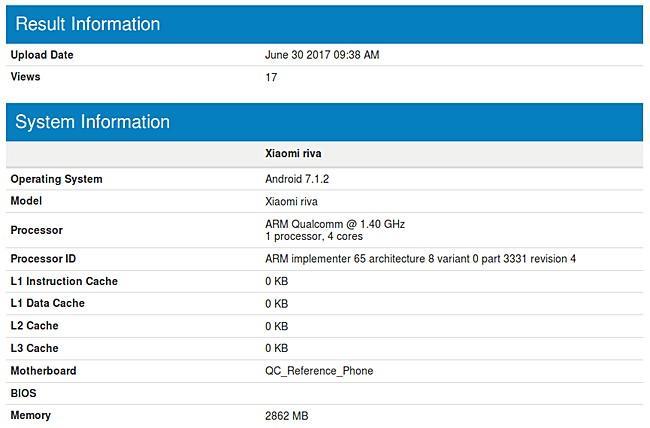 The leaked device runs on the latest Android 7.1.2 operating system (Probably MiUi 9) and runs on a Quad-core processor from Qualcomm clocked at 1.40 Ghz. The device has 3GB of RAM, and all of the revealed specifications make it an upcoming budget smartphone from Xiaomi.

The model name of the device is “Riva” which we haven’t heard about at all in the past. Xiaomi Riva scored an average 560 points in the single-core test and a nominal 916 in the multi-core test.

Other details such as the display size, or the processor haven’t been mentioned in the listing, and also there is no word on the pricing and the release date of the device as well.

Another Xiaomi device with the model name Jason was also leaked earlier; this smartphone is now being called as Xiaomi Mi 6c. This device runs on the latest Qualcomm Snapdragon 660 processor clocked at 2.2 GHz and coupled with 6GB of RAM and 64GB of Internal memory.

The device features a 5.1 inch full HD display running on Android 7.1 Nougat, it comes with a 12MP rear camera along with a 4MP shooter on the front, there is no date about its release date or pricing yet, but several rumors suggest a late July or an Early August release date for this device.

It will be kind of interesting to see more about these devices in the upcoming months. Follow for more such content and feel free to drop a comment if you have any doubts or queries regarding this article.