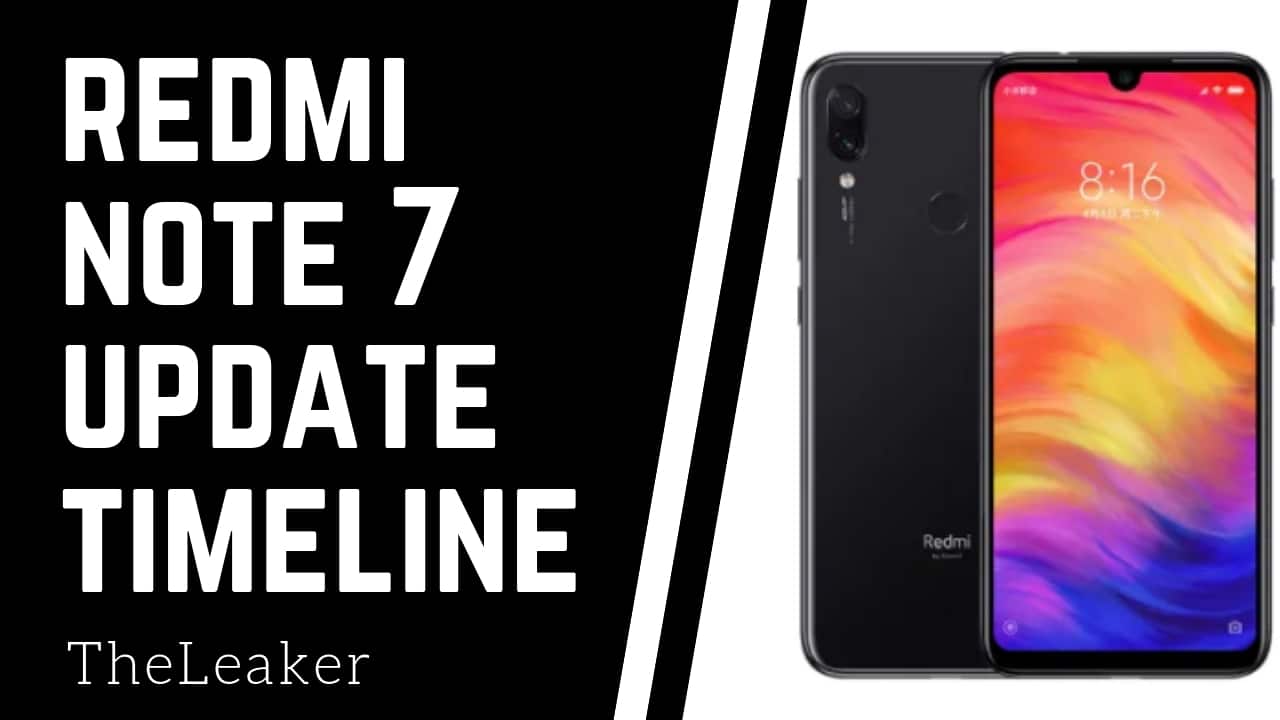 Recently Redmi, the new sub-brand of Xiaomi had launched the Redmi Note 7 which along with its Pro version changed the market, Redmi being India’s No 1 brand has decided to maintain its lead by the Redmi Note. The main highlights of this phone being the dot-notch display with good camera’s. Xiaomi has been very aggressive in updates, and that is why we have started this update series to help you all users out with the update timeline and changes. The phone runs MIUI 10 update based on Android 9.0 Pie out of the box.

The Redmi Note 7 comes with a 2.5D 6.3-inch FHD+ display with a small dot-notch on its top. The phone has the protection of Gorilla Glass 5 with an aspect ratio of 19.5:9. The phone is given power by a full-fledged Octa Core Snapdragon 660. The phone sports a 12MP Primary sensor with a 2MP depth sensor. While on the front the phone has a 13MP Front facing shooter. It comes with a USB Type C Port and a massive 4,000mAH Battery onboard with support for QuickCharge 4.0. However, the supplied charger is a 10W charger, The phones is running MIUI 10 on top of Android Pie.

15 August 2019: Xiaomi has started to roll out a new to the Redmi 7 which comes with MIUI 10.3.7.0.PFGINXM and brings the August 2019 Security Patch, optimizes lock screen pocket mode, allows users to lock google contacts, fixes bugs with notifications on the lock screen and more.

29 April 2019: Xiaomi has started to roll out a new update with version number MIUI 10.3.5.0 Global Stable ROM, this new latest update brings March 2019 Security Patch, adds new AI Modes for the Camera App, floating windows for calls while playing games and along with many more number of bugs have been solved. It is highly recommended that you download this update as soon as possible.

24 March 2019: Redmi has started rolling out a new MIUI 10 9.3.21 Global Beta for the Redmi Note 7 which has major bug fixes such as the issue where the icons overlapped with the notification panel and major improvements such as it brings smoothening to notch curves and a major change in Game Turbo.

14 March 2019: Redmi has rolling-out a new MIUI Global Stable update for the Redmi Note 7 with the version number being 10.2.7.0 (PFGINXM) which includes a dedicated low-light camera mode to the Redmi Note 7’s camera UI App which the company claims to be the “Enhanced low-light mode.” The update also brings some minor UI Improvements.

11 March 2019: The Redmi Note 7 received the MIUI 10 9.3.7 Beta with an added 48MP shooting mode for some quality improvements where the Note 7 doesn’t sport a 48MP Camera, enhanced system stability, improvements in performance and security. This is the first MIUI 10 Beta that the phone has received and is expected to improve system performance drastically.

Update: Redmi Note 7 which is a budget oriented device will get the Android Q 10.0 Update by next year in Q1 of 2020.

How to install the Update Manually on Redmi Note 7:

While it may take some time for all the users to get the OTA update, some users like to have the update as soon as possible. Xiaomi has also given an inbuilt ROM flasher in the settings so the users can download the file and flash it if they need to do so. So here are the steps if you want to flash the ROM manually. 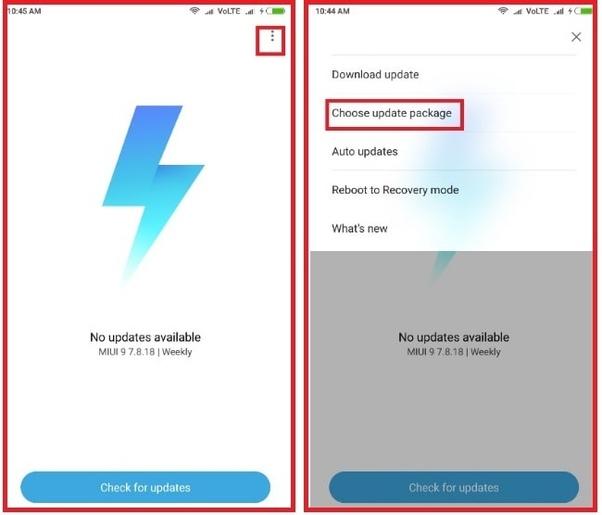 Step 1: Download the latest MIUI update for your Redmi Note 7 and save it to your phones internal storage.

We will keep updating this article if any future Redmi Note 7 update arrives, make sure that you keep visiting our site.