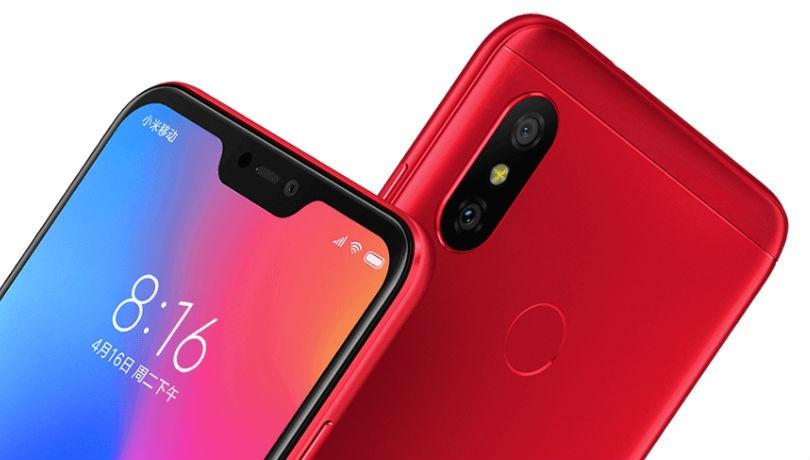 30 May 2019: The Xiaomi Redmi 6 Pro has started to receive a new update but a major update in the form of Android 9.0 Pie with MIUI 10, so you won’t notice any difference on the device visually.

27 March 2019: Xiaomi has started rolling out a new update for the Redmi 6, with version number MIUI V10.3.2.0.OCGMIXM, this new update brings April 2019 Security Patch, fixes issues with phone apps, adds an option to swipe up on the home screen even after face unlock, fixes multiple bugs brings performance improvements and more.

14 March 2019: Xiaomi reveals Android Pie release date for Mi Mix 2, Mi 6, Redmi 6, 6A, and Note 3. Accordingly, all of the mentioned devices will receive beta updates in Q2 of 2019 and the final stable Android Pie update will arrive after some time.

5 March 2019: Redmi 6A is getting another MIUI update, the update carries version MIUI 10.2.7 and contains bug fixes and February Android security patch update. You can download the Recovery update and Fastboot update here.

While the Redmi 6 is getting MIUI 10.2.5.0.OCGMIXM update. The Recovery update and Fastboot update can be downloaded from here.

25 February: Xiaomi has opened the beta registration program into Android 9 Pie for the Redmi Note 6 Pro, Redmi Note 5 Pro, Redmi Y2, and Redmi 6 Pro in India. check out this page for more details.

Also Check, List of Xiaomi and Redmi devices that will get the Android Pie 9.0 update.

Because of Redmi 6 Pro’s ties with the Xiaomi Mi A2 lite, if the other two siblings didn’t make it to the list for some reason, the Redmi 6 Pro will surely get the newest flavor of Android. The Mi A2 Lite which is a mini version of the Android One based Mi A2 handset runs on Stock Android means no MIUI, just all clean vanilla Android.

Google’s Project Treble has promised to speed up the Android Updates; OEMs should take advantage of the same and release a treble enabled ROM for their respective devices. Xiaomi will develop a Mi A2 Lite ROM based on Android Pie 9.0, and transferring the same thing to the Redmi 6 Pro which is essentially the same device with different branding won’t be much of a chore for the Apple of China.

So, it is always recommended to buy the top variant of a budget phone, because these Plus and pro variants of budget phones are always the top priority after the flagships or say upper mid-rangers when it comes to updates.