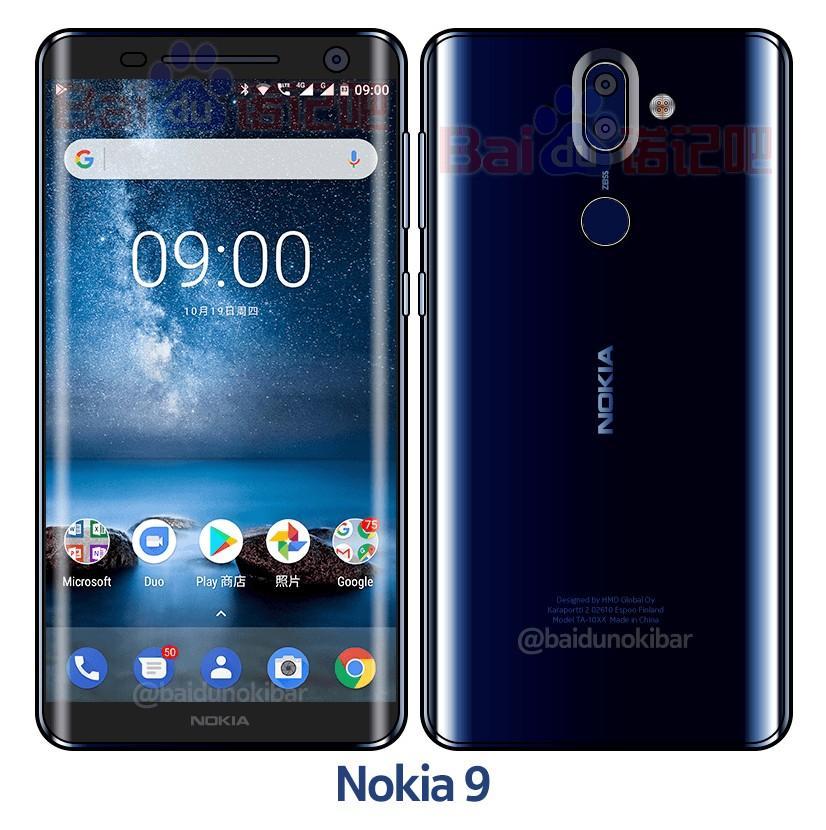 A few weeks ago the images of the Nokia 9 were leaked though it was not confirmed that they were real or some fan made stuff. In that image, a Nokia 9 can be seen with a curved screen, and glass design and the fresh information is that the rear panel of the Nokia 9 is leaked and shows a similar design to that of the old renders.

So let’s check out more information about the specifications and design of the Nokia 9.

Firstly let’s talk about the design elements of the smartphone, as per the leaked image a Glass back panel can be seen in the image which looks similar to that of the recently launched Nokia 7. Space given to Camera module is a bit large than normal which indicates that Nokia 9 will house a Dual-Camera setup in the rear with Dual-tone LED Flash, Zeiss sign can be seen below the camera space, and with those pair of lenses, the phone will be able to capture that depth rich portrait shots.

As per the leaked image, the fingerprint Scanner is present on the rear which might be a sign that Nokia 9 will have an 18:9 ratio Display in the front. As a big screen requires more space may, that’s why Nokia is moving Fingerprint Scanner in the rear to free up space for a Quad-HD Plus panel.

The written information on the device shows “Designed by HMD Global” and “Made in China.” The device will look better than other Nokia devices; you can get an idea of that by looking at this rear panel leak. It has a Curved Glass design which has curved edges on all four sides similar to that of the Xiaomi’s Mi6. For more updates stay tuned with us.