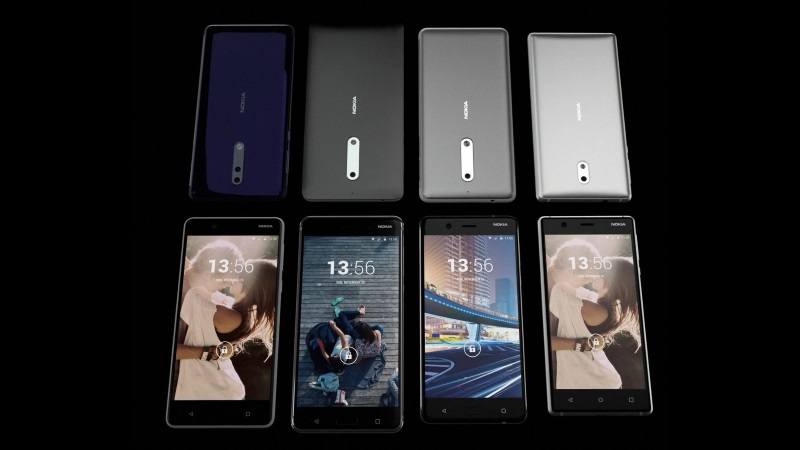 Nokia announced a few of their devices at the MWC earlier, and now these devices have started to hit the market. With these devices now available the market, people have begun to search for a premium phone in their lineup, which seems to be missing as of now. The Nokia 3, was a budget smartphone and the same goes for the Nokia 5, Nokia 6 was a mid-range device with decent specs.

Now Nokia is gearing to launch a flagship device for the premium users, and it will be the upcoming Nokia 9, the phone has been leaked quite a few times, and now there is quite a lot of information available about the device which gives us a good idea of what the final product will look like and what it will offer.

The display of the phone is said to be a 5.5″ QHD display which is the optimal resolution that smartphone makers are choosing for their flagships with some exceptions as well like the OnePlus 5 which still has a full HD resolution display only. The Nokia 9 will have a QHD Display which will be an OLED panel which Samsung mostly uses in its flagship devices; the OLED panel is still not that common in smartphones yet. These OLED panels tend to churn out better colors and even have a better contrast and saturation, and yes these also have a better battery life as well.

Rumors started to come out with the Nokia 9 coming with Snapdragon 835 SoC, which is still the same, as because Snapdragon 835 is the only SoC which is currently in mass manufacturing and is one of the best SoC right now. With Snapdragon 835 comes Adreno 540 GPU which is a great GPU regarding performance in high-end gaming. The phone might also have support for the Quick Charge 4+ technology which we explained just around a day back, do read about it to know more about what exactly the QC4+ does.

On the RAM part, the Nokia 9 is in real confusion, the Nokia 8 was first said to come with 6GB of RAM, but at a later stage, it was confirmed that the phone is going to have a lower 4Gigs of RAM.But then at a later stage, it was said that the phone would finally come with 8Gigs of RAM which is a bit high and although the newly launched OnePlus 5 comes with the same, but there is no use of 8GB RAM in smartphones as of now, as most of the day to day work can be easily handled by 4GB of RAM.

Apart from 8 GB RAM the phone is said to have 64GB and 128 GB of Storage option which is common in most of the high-end devices.

Nokia phones were known to use one of the best optics for their camera, and now it seems like rumors are pointing that the new Nokia 9 is going to have the same optics from Carl-Zeis. The phone is said to sport 22 MP of dual camera setup at the back while on the front it is going to be 12 MP.

There are no speculations on the Battery capacity of the device, but it might have the Quick Charge 4+ technology from Qualcomm which will make it one of the fastest smartphone to charge from 0 to 100%.

There is no information on pricing, but surely the phone will be priced at a premium price tag. The phone will be available for around INR 40,000 ($600)  at least.  If the price is right then it will surely be the best phone under 40000.

There is no clue as far as availability goes, the phone is said to be coming out in a few months which means by November end the phone is going to be available on the shelf for sale.

Stay tuned to know more about the Nokia 9 which have to cover a significant distance still to come on the store shelves.