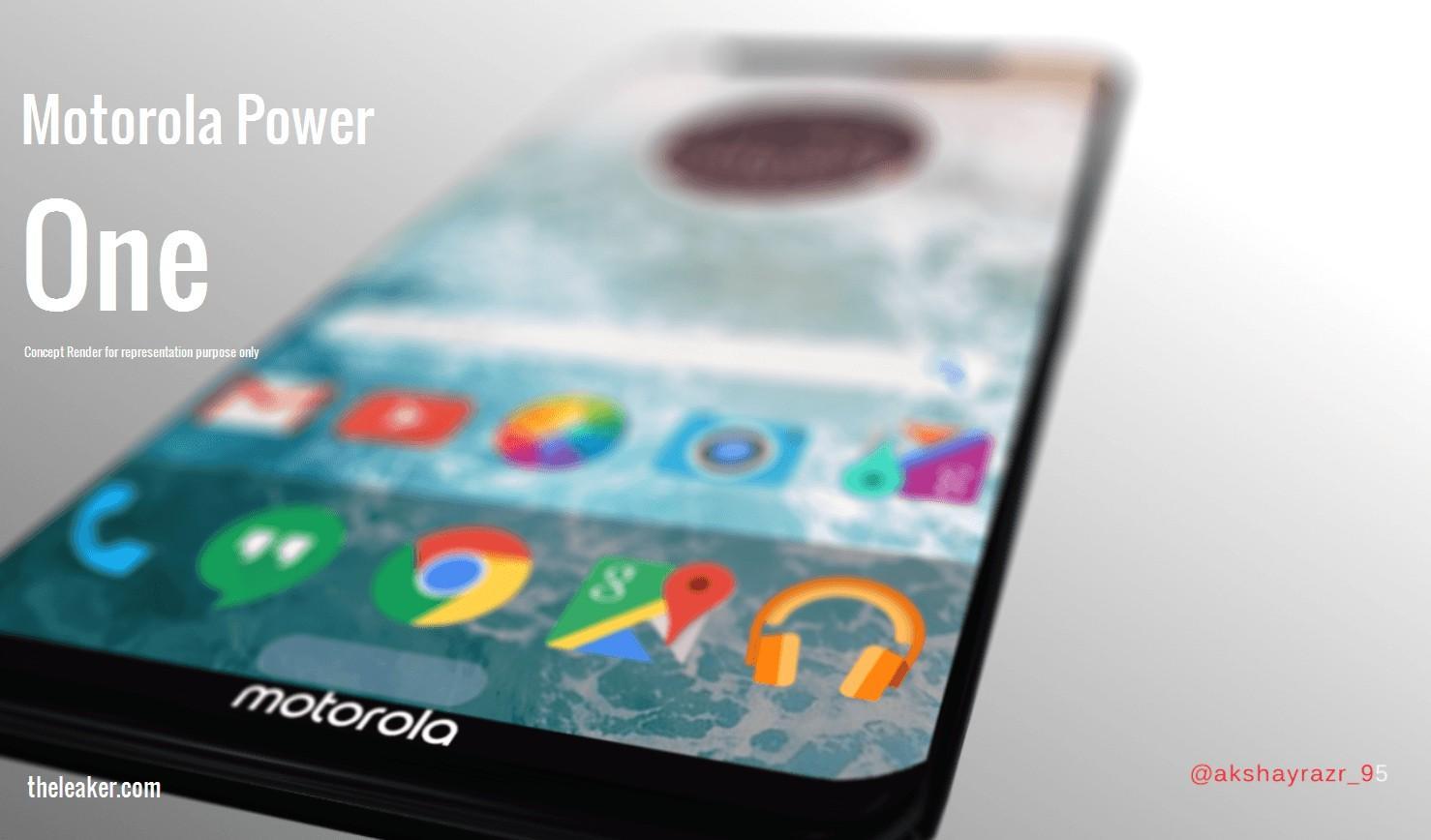 Motorola is known for doing its own thing rather than following everyone else, but as the smartphone era is very dynamic, you have to keep up with the trend to get all the exposure and looks like with the sudden emergence of the Motorola One Power, which was leaked recently. The American giant is getting into the notch war by embracing what it did back in 2006 with the Moto F3. The Motorola One Power will be an Android One device, and as we can see in the images below, on the rear side near the bottom area, the Android One branding is visible. In this post, we’ll take a look at how the device will appear, so we also went ahead and did a rough concept render inspired by the leaked images.

Now talking about branding this device will come with the complete Motorola name, rather than any Moto sub-branding, which means more devices might come with the full Motorola branding, similar to what the company did with Motorola Atrix and the Motorola Droid Razr back in 2012. Nonetheless, the most controversial thing about this device is the design, which many say is inspired from the iPhone X. Which is not completely true as Motorola did a notch display back in 2006 with the Moto F3, while the camera placement is similar to the iPhone on the top left side.

But such vertical cluster can also be found on the Moto G4 Plus and the Moto M. So, Motorola did take some design cues, but those design cues did originate from the company itself and are more refined by its rivals. Another thing to note here is that it also has a small chin which might house front firing speakers as well. Interestingly, a new real-life image of the power one emerged online today and we can see the device booting up, while within the notch sits a camera and the earpiece, while the other side is not visible.

Apart from that, we might also speculate where this device will be positioned in the market and based on that what specs the Motorola Power One might pack under its hood.

Last time Motorola used the Power Moniker was on its Moto E3 Power, and the device was blessed with a huge 3500mAh battery. So, the One Power here could also feature a bigger battery than the Moto G, X and Z series. That’s one possibility, second thing about the specs is the processor that the Motorola One Power will run on, and the most probably it might be from Qualcomm’s camp. That’s the Snapdragon 660, or it is also possible that the One Power might debut with the newly announced Snapdragon 710 chip which is based on Qualcomm’s custom Kyro 360 Cores. Which highly focuses on AR and AI side of things and are fairly powerful as well.

In the memory department, Motorola could go all in with blazing guns, and the One Power might have 6GB RAM, and the top shelf variant could also feature 8GB of RAM. Now, this puts the device in the upper midrange to mini flagship territory. If this is deemed to be a flagship, then there’s no denying that the Motorola One Power we are witnessing here could also be a rebranded/reconstructed Moto X5, which according to earlier reports was canceled. Moreover, 32GB, 64GB and 128 Gigs of memory options are expected from this device. When the newest Gen Moto G6 Plus has 128GB memory option why won’t this?

The camera on this one is a Dual Sensor shooter accompanied with Dual-LED flash as well. As far as the sensor’s features and specs are concerned, there are no details for now. But if this sits above the Moto Z3 Play then the One Power will have nice camera specs, such a 13 MP + 13 MP primary RGB, and a wide-angle sensor could make its way on this handset. If this is in any way related to the Moto X5, which also features a similar setup, but this one will arrive with a much more refined.

On the front, a 16 MP camera will surely make its way. And as this one features the fingerprint scanner within the Motorola logo hopefully, will omit the 3D face scanning system which was rumored to be on the Moto Z3 2018 flagship.

ON the software side of things, the Motorola One Power as mentioned earlier is an Android One handset which means timely OS updates and security updates for two years. This means the device will also get Android P 9.0 as well as whatever the next version comes up after that probably Android O 10.0! However, this will also contain the signature Motorola suit of apps such as Moto-Display, Moto-Actions and all, but we doubt that moto-voice would make its way on this one. Instead, Google will load their Google assistant, in this device.

Motorola has an event scheduled on 6th June where according to reports the Moto Z3 Play might get launched, however, the Motorola One Power was also leaked in a hands-on style real life image, which means this one might show up on that day in Brazil at the event? Maybe chances are very thin, but we should expect this one before this fall.

As far as Pricing is concerned an expected price tag of $399 to $549 sounds good for this device. However, if this comes packs with the high-end specs such as an 800 series Qualcomm chip be ready to shell out anything over $600 or probably more. Overall, the Motorola Power One could happen to be a game changer and might give birth to a new breed of Motorola branded devices.