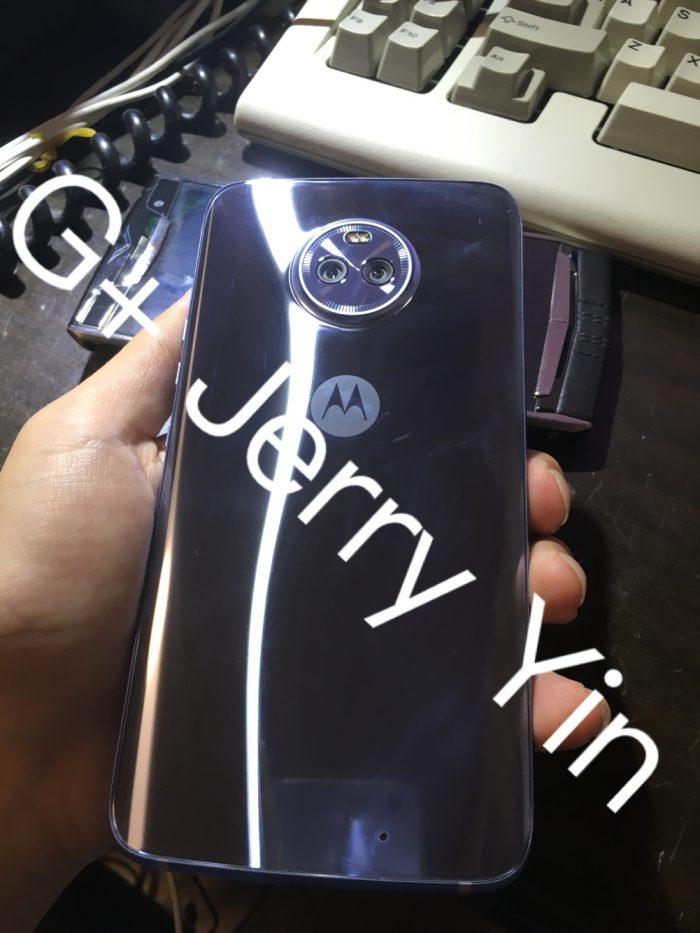 Motorola’s upcoming smart phone is none other than the Moto X4, which is returning now soon after a year of hiatus. We have already seen the clear render of the phone up close but now what we have here are a couple of Real life images (Via Jerry Yin) of the handset in all its glory.

The device seen here looks the same and features the Dual camera setup, which houses a two 12 megapixel sensors; one is color & another is a monochromatic sensor. Along with a Dual-tone LED flash. All this is packed in a similarly designed round shaped camera hump like the Moto Z2 force. Moreover, the back here as we see is a 3D glass, which affects the light reflections & is seen making swirly patterns; which the renders also show.

Furthermore, on the front, we have pretty minimal side bezels along with some fair amount on the top & bottom. So, Motorola is going the traditional way with this, instead of any bezel-less panel. Notably, the display is turned on here & we could see the moto-app & it’s a pure stock Android as expected. The Moto X4 is rumored to be powered by the Qualcomm Snapdragon 630 or the Snapdragon 660 SoC. Coupled with 3GB/4GB Ram & 32GB/64GB of expandable storage.

Also, there’s a 16-megapixel selfie snapper accompanied by a front-facing flash. The fingerprint reader is also mounted at the front bottom & is the same shape as the Moto Z& G lineup; it will also feature the one button navigation.

Speaking of pricing, it’s rumored to retail for around £350 euros. And is expected to have a launch on 24th August Sao-Paulo or at IFA Berlin 2017 in September.