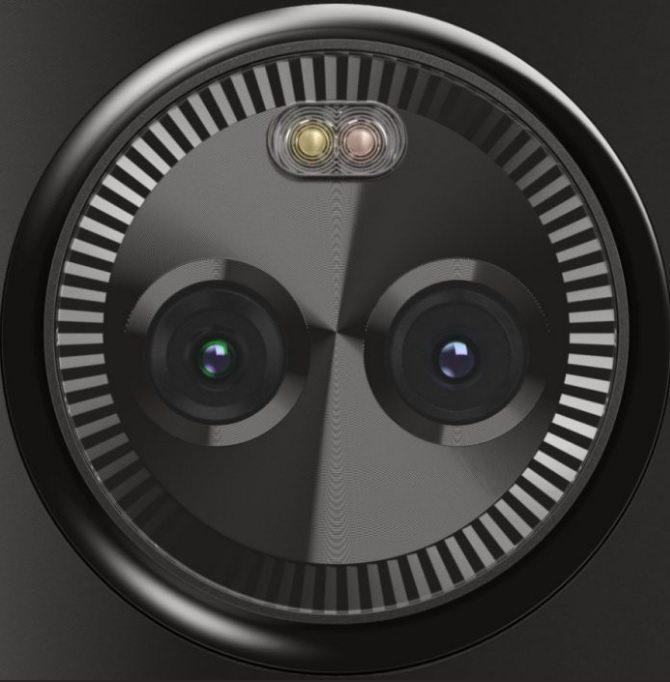 Moto X, the flagship series which Motorola started as a refresh from its Verizon Only Droid exclusive under the parent organization Google; was lost when Lenovo took over and tried to replace it with the modular Moto Z series. But when the legendary leaker Evan Blass (@evleaks) admitted that there’s a Moto X in the making and the last render he shared about the device was not the final one. Everyone was excited to see how the final designs would look.

Furthermore, when Blass shared a slide from an internal presentation at Motorola, it confirmed that Moto X is returning this year and it’s coming back with a bang. Following the trend, the Moto X4 (2017) will also pack a Dual-Camera setup. Which is what the new leaks suggest in the above picture. The above image emerged online, is supposed to be the final Dual-Camera design.

The camera design here looks similar to what we saw earlier, but there’s a small difference which is that the Dual-tone LED Flash coupled with the Duo sensors, is positioned at the top. This design matches with the previously leaked designs from the presentation. While in earlier leaked render the LED Flash is placed below the camera Duo. This new render could be just that the image rotated 180 degrees or the camera module could rotate itself?

The expected specs for Moto X4 are a 5.2-inch 1080p display, which looks a little more curved than usual, at the sides making it look truly edge-to-edge. On the front, under the display, we have a similar looking Fingerprint scanner like the Moto Z2 force, and we also have front facing speakers, flash along with the selfie snapper. Running the show will be a Qualcomm Snapdragon 660 or a Snapdragon 630 coupled with 4GB RAM and 64GB expandable storage. Moreover, a 3000mAh battery could keep the lights on.

We also have an IP68 waterproof certification with a metal and 3D glass build. AI integration along with Always-On Moto-voice feature is also expected to come baked in.

In addition to this, the Moto X4 2017 is expected to retail for 350 Euros, according to a reliable tipster Roland Quandt (@rquandt). Now the only thing remaining is an official announcement which could happen anytime soon, just like Motorola suddenly announced the Moto G5S Plus. The Moto X4 could also show up at IFA 2017.