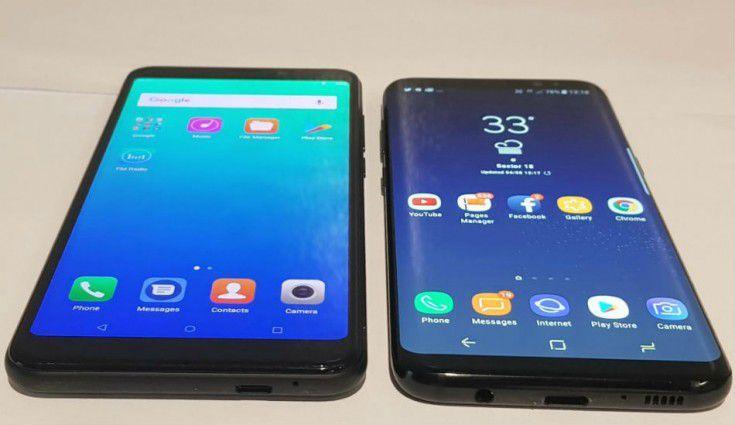 In 2017 we have seen that most of the smartphone makers are moving towards a new technology that is the 18:9 ratio display in smartphones instead of the traditional 16:9 aspect ratio, earlier we have seen this sort of screens on the phone like Samsung Galaxy S8, LG G6, the upcoming V30, etc and the recent launch of LG Q6 has proved that how a budget smartphone can also pack futuristic technology. Micromax apparently is also not far behind as they are launching their new smartphone with 18:9 ratio display with decreased bezels.

The phone from Micromax will be termed as the Micromax Canvas Infinity, it might come powered by a Qualcomm 625 chipset along with 4GB of RAM for multitasking, it will have 32GB of internal storage which will be expandable up to 128GB via SD-Card. The image only shows “Let’s give a number to Infinity” and the launch is happening on 22nd of August. This month is full of smartphone launches, on 20th Coolpad Cool Play 6 is coming and now it looks like Canvas Infinity is dropping on 22nd August.

The phone will house a 5.7 inch Full HD Plus AMOLED screen with 2.5D Curved Glass over it. The phone is not completely bezel-less but has fewer bezels as compared to the other phones. The phone will run on a 3500mAh battery. There is no Fingerprint Scanner in the front which means it will be present in the rear department. It is not yet confirmed that the phone will come with a Dual-Camera setup or not, so for more information we have to wait for the official launch.