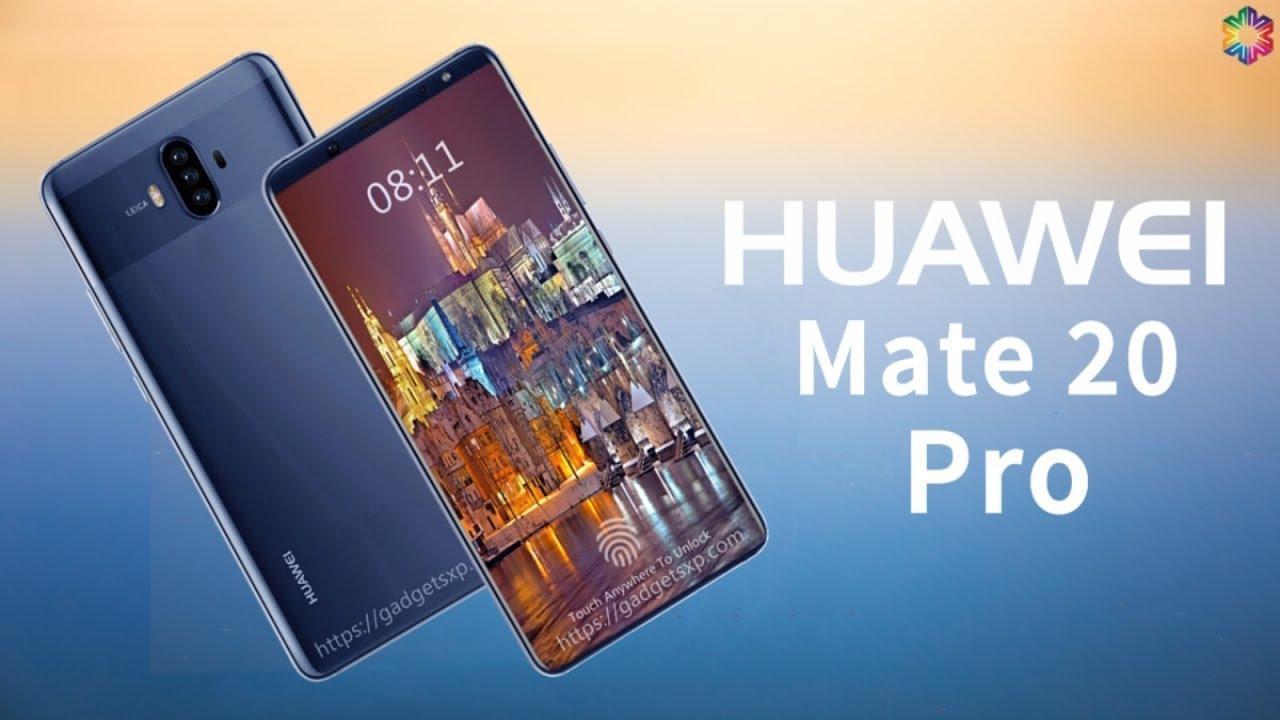 Huawei’s Mate series is the direct competitor or the company’s answer to the Samsung Galaxy Note series, and with the upcoming Huawei Mate 20, Huawei might be planning to take it to the next level. The Huawei Mate 10 and the Mate 10 Pro were packing quite a punch last year. However, they didn’t manage to outperform their rivals such as the Galaxy Note 8 and the iPhone X. With the release of the Mate 20 we will again have two devices the standard edition and the Pro variant, you can also expect a Porsche Design edition as well.

Now according to the recent rumors, Huawei has been spotted on a spree of ordering display’s which are gigantic in size, from Samsung. The display that Huawei has placed an order will likely be used with the Mate 20 Pro model, the display measures about a whopping 6.9-inches. Which is insane on a smartphone and will put the upcoming Note 9 to shame maybe? This is only possible if the Chinese telecom giant manages to implement such as huge panel within a relatively marginal compact shell. And to do so, you need to have the highest screen to body ratio.

According to new leaks regarding the Mate 20, a new patent was filed by Huawei, which had an almost no barrier around it or a connector. Instead, there’s a layered assembly where the display panel sits on housing with a small indentation. It makes the Display panel sit tightly while the sides have thin metal trips, to keep in place. While this could be a solution for a what apple did to eliminate the chin by bending the display from the bottom. Huawei’s take on the same looks interesting.

However, a leaked live image of a handset, which is said to be of the latest mate series shows a top and bottom bezel, while the sides have almost no bezels or they might be very lean. But that device was later said to be the Huawei Mate 20 standard edition, so this means the patent filed for the display is meant for the Mate 20 pro and that might be able to gulp such a huge display with almost no bezels or super tiny bezels. Such a display will have a QHD+ resolution and will be an AMOLED panel, if not 4K which is too much for a smartphone. Another thing to note is that this could be probably a wide panel of a 16:9 ratio instead of a taller 19:9. The Pro model might arrive with waterproof and dustproof abilities.

Next, coming towards the specs the Huawei Mate 20 Pro and the standard Mate 20 will run on Huawei’s upcoming Hi-Silicon Kirin 980 chip which will compete with the Snapdragon 845 and the Snapdragon 855 which will arrive next year. The Kirin 980 will focus heavily on AI capabilities, especially for the Camera and we have already seen what the P20 Pro does, that too in low-light. So, the 980 will improve upon that as well as a power bump will also be seen. 5G capabilities might also come with the next Kirin chip, as Qualcomm is getting ready for the 5G revolution.

Surprisingly, the next Kirin chip as per earlier reports will be manufactured on TMSC’s 7nm process, which will make the chip absolutely power efficient and will sip less juice if the battery ends up similar the Mate 20 Pro’s predecessor. It will also get Huawei’s new GPU boost technology which the company also plans to include in its next gaming phone, so why not on the Mate 20 Pro? While talking about the rest of the specs a 4GB and 6GB models will be available, along with 128GB and 256GB storage options. And there’s also no returning of the headphone jack, unfortunately.

The Mate 20 Pro will surely come with a triple camera setup as seen on the P20 Pro and with Lecia lenses of course. While the Chip with its AI-powered image-processing will ensure better scene detection and handling low-light shots. Portrait mode will also be stepped up on the Mate 20, while Hybrid Zoom is what Huawei does the best. So, a camera with resolution slight greater then 40 MP is expected.

Software on Huawei phones well is not for everyone, but we expect Huawei to cut down on certain parts of Skin to make EMUI a little less overwhelming. Will come with Android Oreo 8.1 and a guaranteed update to Android P 9.0 is a no question. AI assistant or whatever AI-based solution the company comes up with will be easily integrated within the Chip’s architecture as everything here is controlled by Huawei, just like Apple.

The battery on the Huawei Mate 10 Pro was a 4000mAh, so a slight bump over 4000mAh should be a good idea, but the processor will be power efficient enough. However, another scenario is that it is needed as the display has more pixels to light-up now so that a 4200mAh could make it on the Huawei Mate 20 Pro, apparently, this is just speculation for battery. An in-display fingerprint sensor or a faceID competitor? A good option will be the face recognition should be an option with a reliable rear-mounted fingerprint scanner.

The release date of the Mate 20 Pro could happen within a similar timeframe of its predecessor, that’s within mid of October, while the device will start shipping from November. So, the device is almost 3-4 months away, and as we move closer, more leaks will appear in our journey to Huawei’s ultimate smartphone.