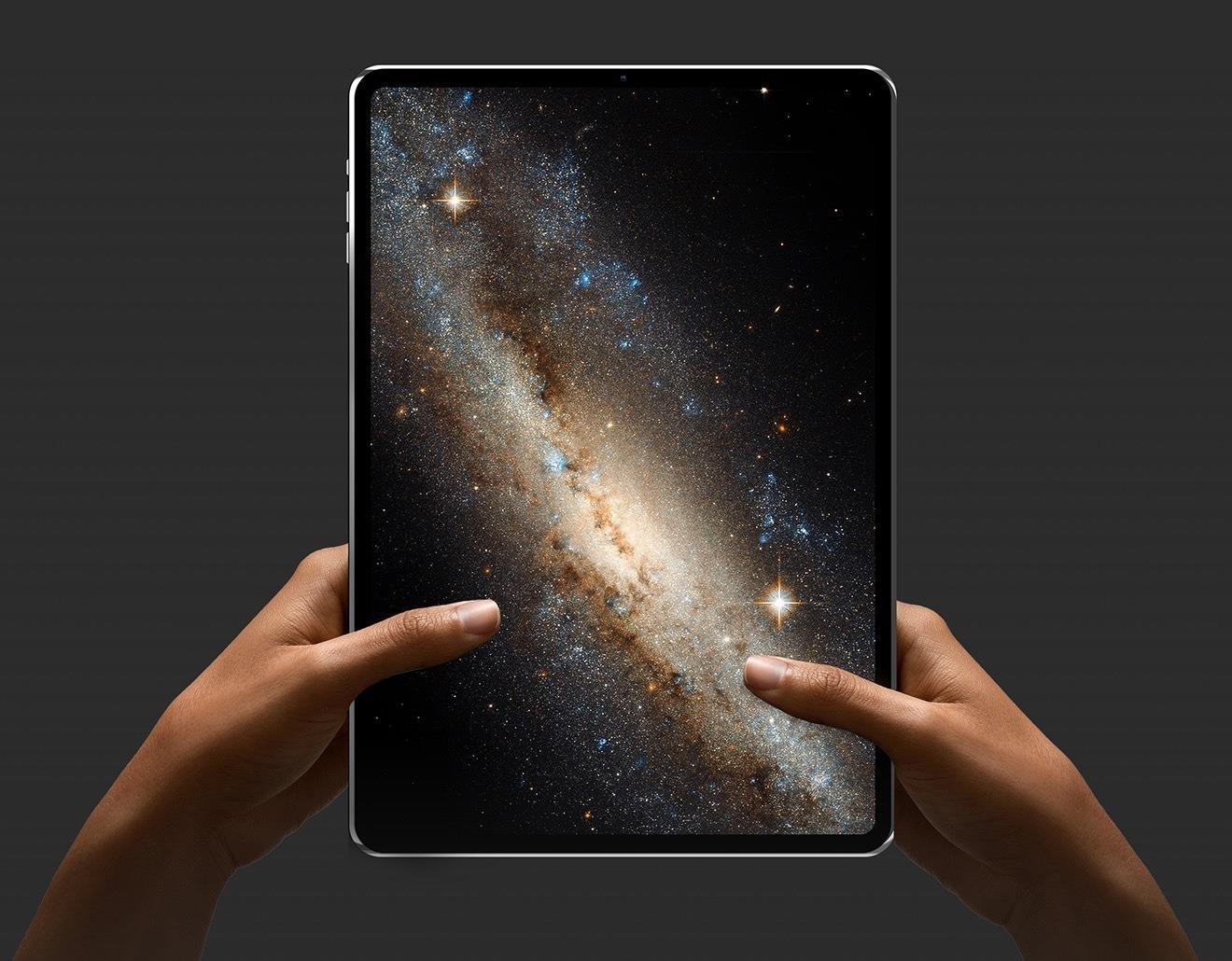 Apple’s iPad is the only tablet on the market that has survived the tablet wars, where other players have either stopped making tablets at all while some make budget tablets only, which probably won’t see any successor. Coming towards the iPad now, the device has been pending a new refresh and just like the iPhone last year made a huge leap regarding design and functionality a similar thing is also rumored and reported to have a revamped design which is said to have super thin bezels and a larger aspect ratio.

Designer Àlvatro has created these concept images and posted on Behance which shows us how the shrunken bezels on the iPad will look like and as the bezels are long enough, faceID could also be integrated within them, so you eliminate the bottom bezel as the fingerprint sensor is not needed. And all the requires sensors for the faceID is hidden within the long frame of the iPad. Furthermore, the gestures built into the iOS will also help in reducing the bezels.

A dual-camera setup can also be seen on the rear, but photography on an iPad well is not a very good idea, but for video calling, this will this time have a 1080p front sensor. Under the hood, the A11 Bionic and 4GB of RAM and 128GB of storage is expected, and a larger 9000mAh or 10,100mAh capacity battery should do the job. This could be just what the next iPad pro could like, and if this happens in reality, tablet sales will skyrocket, and iPad will once again lead the way.