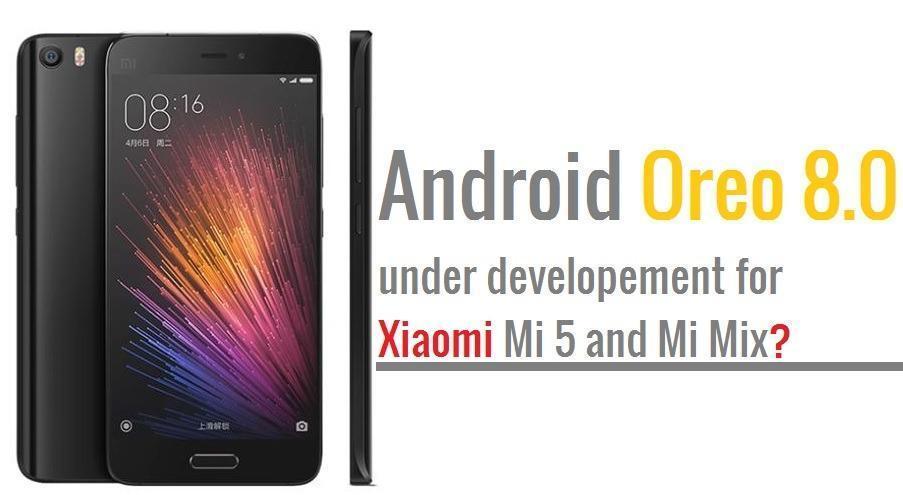 Xiaomi is already running a public Oreo beta for its current Mi 6 and Mi Mix 2 flagships devices, however, seems like the Chinese tech giant hasn’t forgotten its former flagships. As per new reports coming in suggests that the company is also working hard for to roll out Android Oreo 8.0 for the duo.

According to XDA developers forums, they got access to firmware files via a member of Huawei club website which had firmware files suggesting the Android Oreo is in development for the Mi Mix and Mi 5. Both these devices were launched in 2016 and were the flagships, both of them should get the update as flagships get at an update cycle of two years.

However, it is still not known when these update might roll out or does Xiaomi even plans to roll them anytime soon? The Apple of China might also be busy pushing out MIUI 9 to those 30 devices that it promised. Along with that, there’s also the development of MIUI 10 or MIUI X which the company confirmed itself in a Q&A session with its users.

Lastly, both the Mi 5 and Mi Mix are flagship phones powered by the Snapdragon 820 and 4GB RAM, so they’re more than capable enough of handling MIUI 9 based on Android Oreo 8.0. So, there isn’t any excuse for them not get the update. Unless the MIUI 9 for them gets delayed as implementing a major OS update has a high degree of difficulty when compared to updating phones with stock Android.