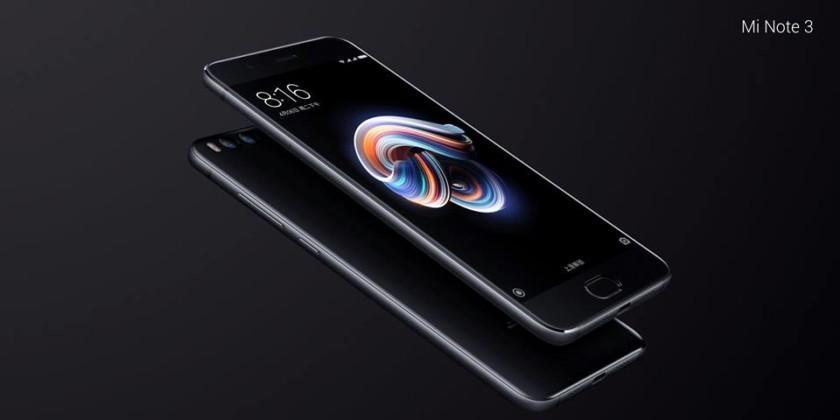 Xiaomi has recently launched its two new smartphones in the Indian market known as the Mi A1, a budget handset and the Mi MIX 2 which is a flagship device. But still, Mi lovers are missing the latest Mi 6, as due to some reasons Xiaomi has not launched it in India. But now it looks like Xiaomi is preparing to launch a new smartphone for the Indian market known as the Mi Note 3 which was previously launched in China, let’s check out more information about it.

Recently an Indian Technology source(iGyaan) has uploaded Mi Note 3’s unboxing video on YouTube platform, and we thought that it is a casual stuff, as previously too iGyaan has uploaded videos of the devices that are not even available in India.

After some days of that, another Indian Tech blog(Gogi) has uploaded an image on Facebook which shows a thumbnail “clicked by Mi Note 3”. We are in a fix at that moment as the two Indian Tech blogs do not import the same device as it is not the latest handset, it was launched earlier in China, and already there are a lot of review videos about it available on the YouTube.

So there is no chance that they might have imported it for the sake of popularity as multiple sources have already covered it before them. It indicates that they might have the unit provided by the brand itself and they are currently not allowed to share the complete information about it.

So there is a strong possibility that Xiaomi may be bringing it to India as they have skipped the first Mi6 handset in the Indian market. For more Tech related updates stay tuned to us.