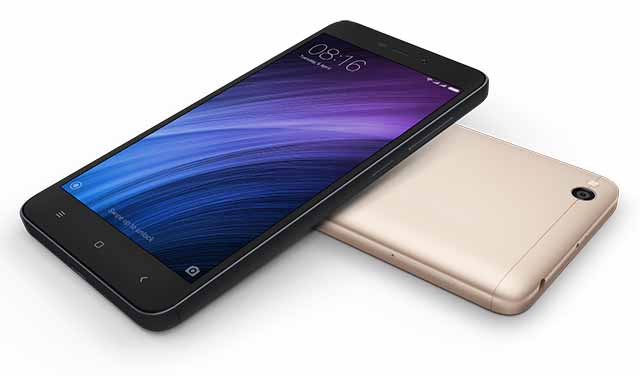 Xiaomi earlier launched its Redmi 4A smartphone in India which was a good smartphone considering the price for which it is available, but the availability of Redmi 4-Series and its demand was a total mess, but still, there are a lot of consumers who are willing to buy it. So to take care of those customers, Xiaomi has launched the latest version of the Redmi 4A with some changes.

MUST READ: Xiaomi’s upcoming Android One (Mi A1) to feature a Bezel less design

This new version comes powered by a Qualcomm Snapdragon 425(64 bit) Quad-Core processor clocked at 1.4Ghz coupled with 3GB of RAM along with an Adreno 308 GPU for Gaming. The only visible change in the performance is only regarding RAM, 1GB more RAM will result in better multitasking. The phone is now available with 32GB of internal storage expandable up to 64GB’s via micro-SD Card. It is a Dual-SIM smartphone.

MUST READ: Xiaomi phones that will get the MIUI 9 update.

The device is priced at 6,999 INR and will be available on multiple platforms including Amazon, Mi India, TataCliq, etc. Complete specs of the device are identical except the RAM and ROM. Xiaomi is also launching its new dual camera smartphone in India soon which is expected to be the Xiaomi Mi5x or the Mi6.