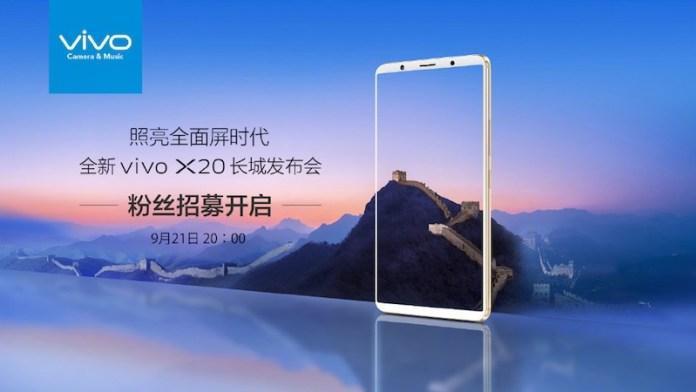 All the key details about the Vivo’s upcoming X20 device are out, and the device is expected to launch on 21-22 September. Earlier we have covered the news about its expected specs, availability, price and all other things. In our previous posts we have already seen the leaked retail box of the device, the leaked image of the color variants of the handset and what not but today we have an interesting video about it, Now let’s start without any further delay.

On the video sharing platform “YouTube” the video of the Vivo X20 got leaked recently in which a person is operating the upcoming Vivo X20 device, let’s see that what details we can decode from the video. You can see in the video, that the device is having a Colorful 18:9 ratio Display as leaked earlier and in first impressions the device seems to be an active performer. Regarding UI, they have their custom one, but it is significantly influenced by the Apple’s iOS which might sound bad to some of us.

The device is constructed of Metal, and its screen is gigantic at 6.1(inch), so almost all the information leaked previously was correct. The device will run on the Qualcomm Snapdragon 660(64 bit) processor and leaks also suggest that its another edition known as Vivo X20A will also launch soon. It sports a 12MP+24MP Dual Camera in the rear which can take Portrait Shots similar to other Dual-Camera devices. For further information related to launch, stay tuned to us.