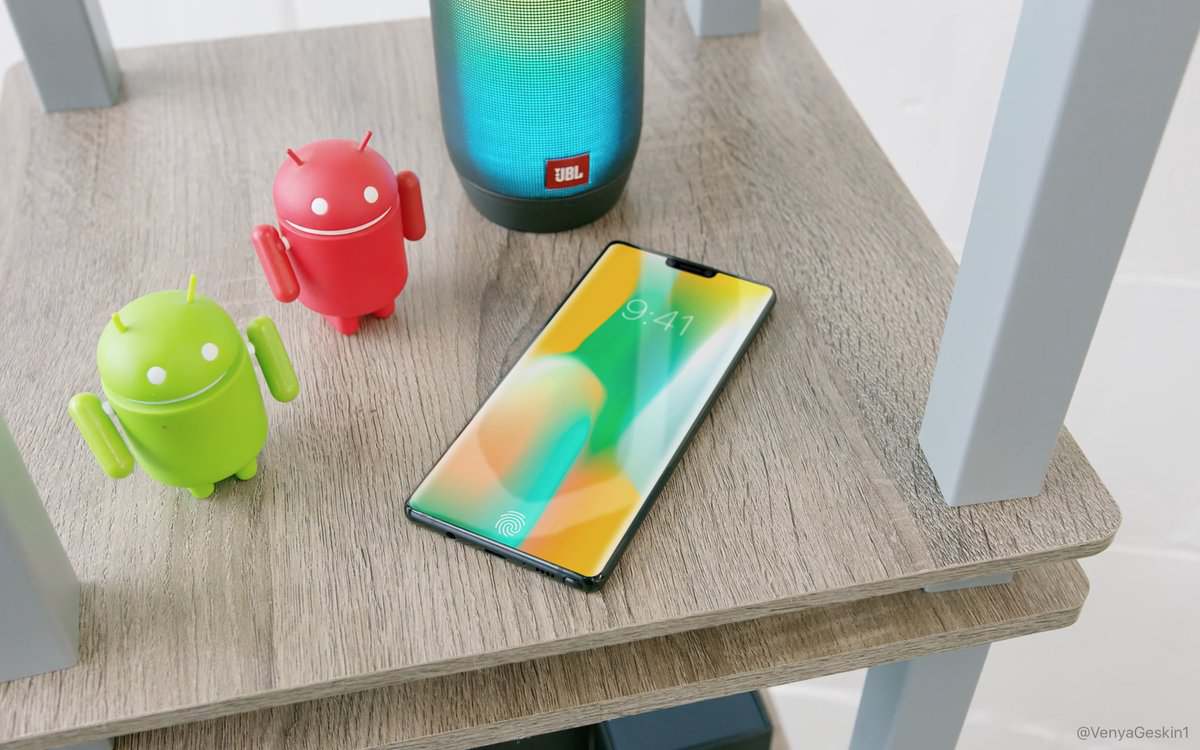 In the previous year, Samsung announced its much awaited Galaxy Note 8, the device was praised a lot and is still on the list of one the best smartphones out there. But now the time has arrived when fans have started looking forward to the upcoming Galaxy Note 9; some information was leaked about the Galaxy S9-series. However, there are no clues available for the Note 9 yet. A well-known personality in Tech department has posted some images which are said to be the renders of the Galaxy Note 10, so let’s check out more about them.

Yes, you’ve heard it right “Galaxy Note 10”, we are not misleading you but the Twitter account of Benjamin Geskin is showing the same name for the device. According to him, the device is expected to arrive in 2020, the images shown here are designed by a fan and are based on the expectations. The first thing that grabs our attention is that notch; it is very similar to what iPhone X is offering us. In the front, a perplexing complete bezel-less display can be perceived, only a notch is present on the top which houses a camera, speaker, and some sensors.

In the rear panel of the smartphone, a Dual-Camera setup can be easily noticed; it is a vertical type setup which we are expecting from the forthcoming Samsung Galaxy S9-series as well. Hopefully, a Heart rate sensor will be present in the flash module. The shocking fact is that there is no physical Fingerprint Scanner present on the device which means that the device will come equipped with an In-Screen Fingerprint Scanning technology that is yet to be launched. The device looks very advanced regarding design though we believe that Samsung will stick to the same Glass and Metal build for this upcoming device as well.