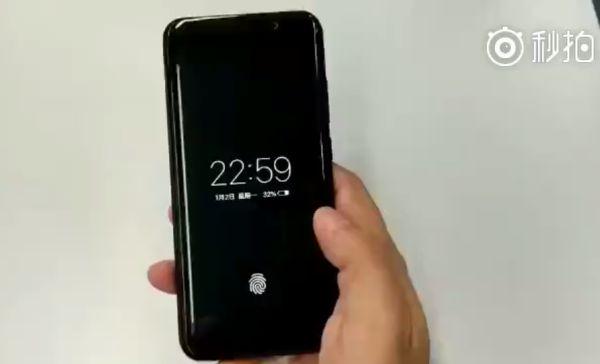 Samsung, the Korean mega giant is all ready to launch its new Note device as the leaks about the same are already spreading like anything on the web, and it is expected that the Galaxy Note 8 offers the best specifications but today we are not going to talk about that, instead we are going to take a look at the future of Note series. Some sources are claiming that the upcoming Samsung Galaxy Note 9 will feature an in-screen Fingerprint Scanner as we previously saw in a leak about a Vivo smartphone with the same technology, anyway let’s discuss this technology in detail.

As we all are aware Samsung and Apple are the two market leaders when it comes to smartphones, these brands have inspired a lot of other brands of the smartphone industry in terms of innovation. Earlier Samsung has presented its Galaxy S8 and S8 Plus with state of the art features such as Iris Scanner, Curved Infinity Screen, etc but still, most of the users were unsatisfied about that odd placement of the Fingerprint Scanner in the rear.

As all the brands are now following the trend of Edge-to-Edge Bezel-less screens, they are also having problems in placing Scanners and buttons of the phones reason being they have to place those buttons in odd locations. We might see this sort of technology in the upcoming iPhone 8 as well.