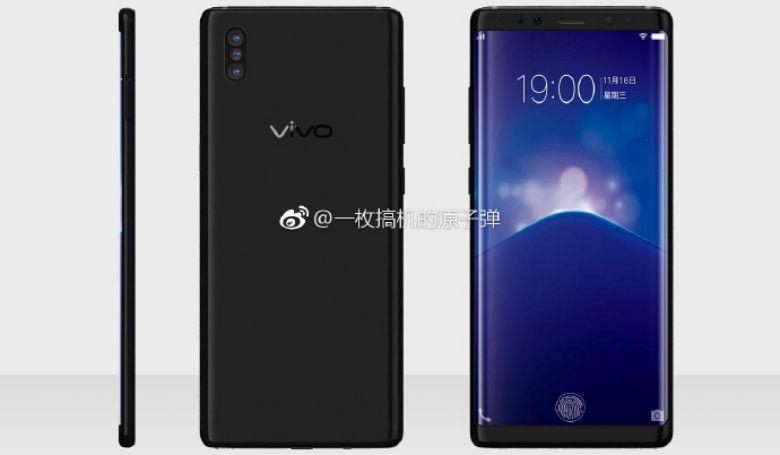 Earlier a video went viral in which a person is showing a smartphone from Vivo which has the technology to be unlocked through in-screen Fingerprint Scanner and now it is officially announced by Vivo and Qualcomm technologies together, this next generation ultrasonic Fingerprint Scanner will offer more enhanced features as compared to the current technology. If Vivo can market this technology, then it will become the first company to offer this.

This whole process was demonstrated on a modified version of the old Vivo Xplay 6. This technology will eliminate the use of a physical button from the smartphone. Which indirectly means that now the brand will get more space for extending the display size or for some tweaks and customization. Qualcomm has claimed that this technology will arrive on the phones in 2017 Q4. The phone will come with a Curved screen as well.

As per the leaked reports, the phone will come with five cameras in total which may sound unbelievable to some of us. But the image shows that in the front, the phone has a Dual-rear camera and Triple cameras in the rear. This increases the possibility that the phone will offer same technology as seen on the Zenfone AR. The upcoming phone is codenamed as the X20, as it is not yet announced for the final production.

The device is expected to come with a Qualcomm Snapdragon 835(64 bit) Octa-Core processor along with 6GB of RAM along with an Adreno 540 GPU for Gaming. The phone will be available in Black and Gold versions, and the Pro or Plus variant of the device will house a mind blowing 8GB of RAM. This is all for now, for more information we have to wait for the official announcement. Stay tuned for more details.