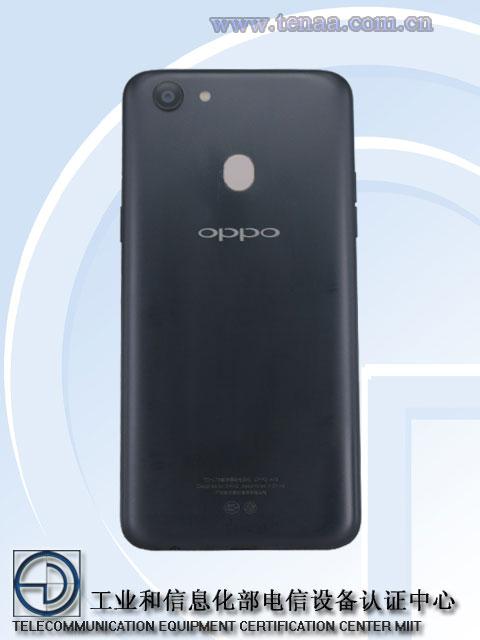 Oppo just launched it F5 smartphone which is the company’s first 18:9 aspect ratio display device, and now there’s another device with a 6-inch display spotted on Tenna which is the Chinese equivalent of FCC. However, according to image enhancements done here, it appears to be that these, isn’t your regular 18:9 display, but an actual bezel-less screen with no bezel at its bottom.

You can see this, in the images above, which is an enhanced version of the standard image revealing, that this Oppo A73 will have no bottom bezel at all, and whatever it has is on the top, to hold the front camera, which is what they’re famous for(Selfies snappers). This setup is Similar to Xioami’s Mi MIX 2 and the essential phone, but they have a bezel on the bottom, while this has it on the top, and other sides feature no bezel at all.

With this device, Oppo enters the True edge less display race, with Apple, Essential phone, Sharp, and Xiaomi. Apart from this, some specs about the device have also been spotted in the Tenna certification documents. And it runs on an  Octa-core CPU, probably a MediaTek clocked at 2.5GHz, paired with 4GB RAM, 32GB/64GB ROM, Android Nougat 7.1 is here, Oreo is still a long way.

Moving further, on the camera front, this selfie expert has 16-megapixel selfie snapper, while the rear has a 13-megapixel shooter. Keeping it alive is a decent 3115 mAh battery. We could see this exciting device soon as it’s been already certified and Oppo could be preparing for the launch soon.