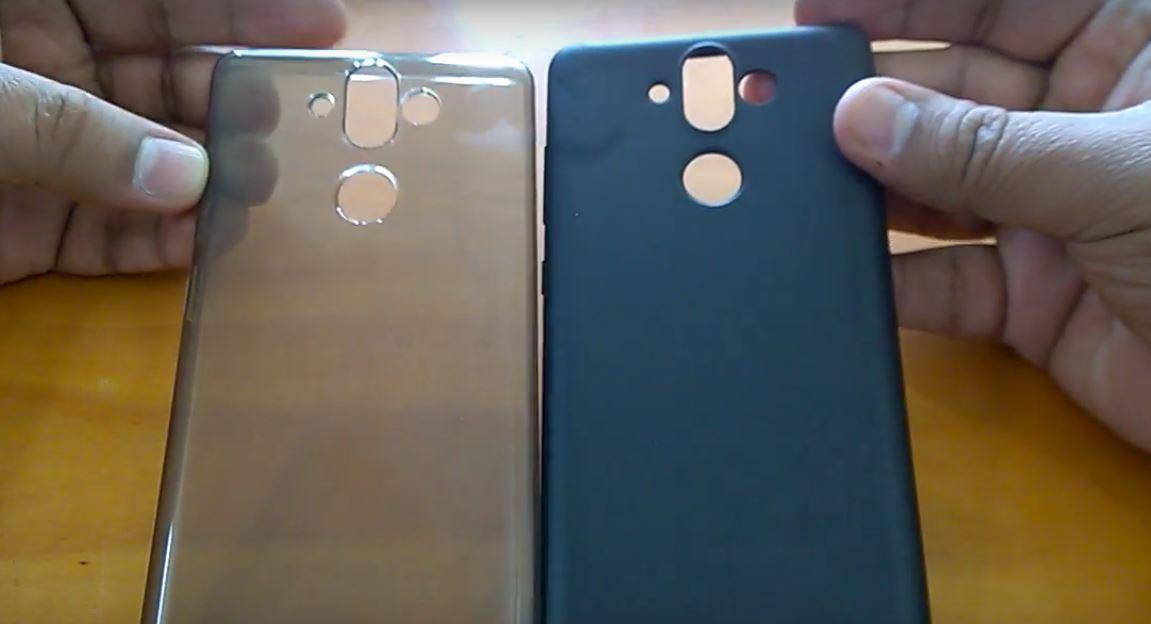 A few days back we have covered the case leaks of the Nokia 9 which tells us a lot about the upcoming device, today we are back with another leak about this upcoming flagship from Nokia.

Recently some more cases of the Nokia 9 got leaked in a hands-on video; this video tells us a lot about the device so in this article we will be telling you some of the best information about the device which we were able to decode from the video.

This video is showing two cases which are associated with the Nokia 9 smartphone; we are not sure that these are the official cases as the video maker claims that these cases have been sent by his fan who is an unknown source. But after examining the previous design leaks of the phone, we can say that it is made for the upcoming device. These cases are small as compared to the present Nokia 8 device which means that comparatively, Nokia 9 will have a compact design.

The video publisher has also applied these cases on the budget Nokia 3 smartphone and surprisingly it fits perfectly to the device which means that somewhere Nokia 9’s form factor will be similar to that of the Nokia 3. There is no hole for the 3.5mm jack on the phone case which means that this leak is also in favor of previous renders as they also show a smartphone with no audio jack. The phone will support audio output through the USB Type-C port similar to that of the Xiaomi Mi6 smartphone. For further leaks stay tuned to us.