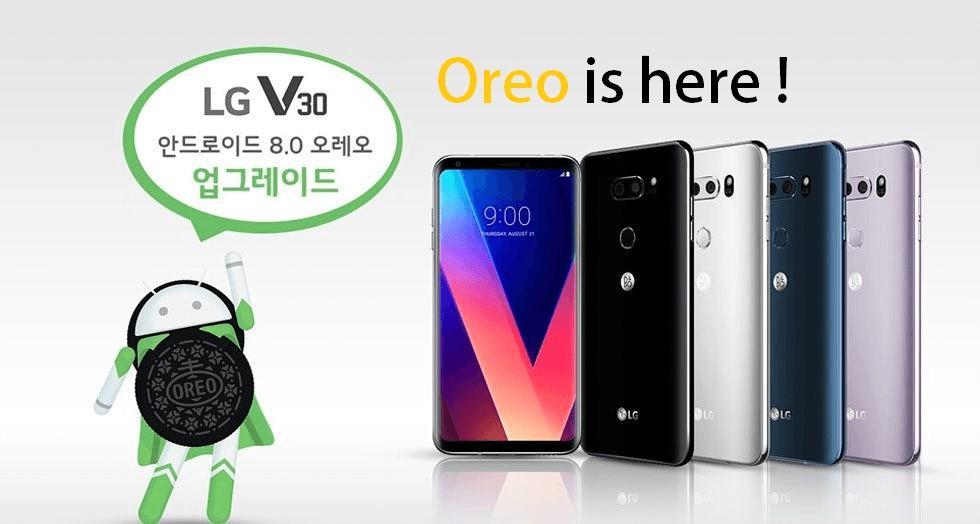 LG’s most popular smartphone of 2017 was from its V series, that’s the LG V30 which was geared towards content creators who like to take pictures and cinematic shots on the go as well as for audiophiles. The device is now, at last, receiving the highly anticipated Android Oreo 8.0 update, which is now officially over the air and is also available for the LG V30+. The update is currently over the air in South-Korean, LG’s Home-town, weighing at around 1.5GB.

The new update brings all the Android Oreo goodies that you have heard since many days such as the Picture in Picture mode, better battery optimization, notification badges, redesigned emojis, etc. Along with this you also get upgrades for the inbuilt LDAC inside the device receives a firmware update, which now ensures you don’t get any loss in the audio quality.

Moreover, LG was also proud to mentioned that it’s the first OEM from South Korea to deliver the Stable release of Android Oreo for its users, after the heavily tested OS preview session. That the company boasts, have been tested the latest update with near more than 500 users and perfecting it and after fixing everything, it has rolled out the update. But that’s what you suppose to do anyway, right?

Furthermore, if you are waiting for the update to roll out in other regions than we expect that it will happen soon, the next countries should be the US, Europe and Canada and India as well. Apart from that, you can also install it manually using LG’s bridge software, and the source codes are also available now.