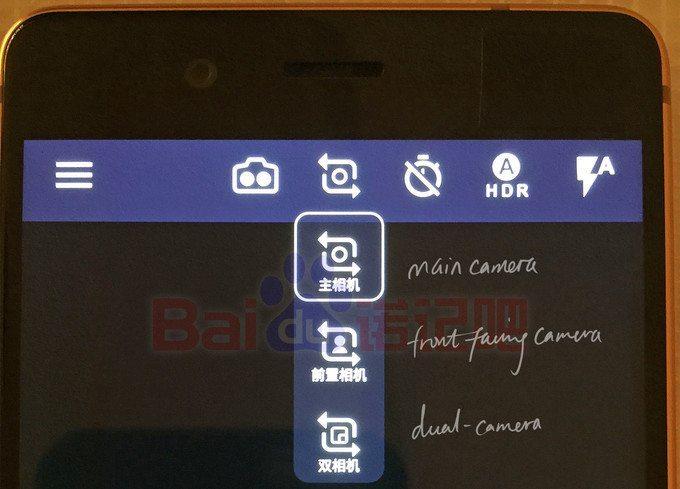 Nokia 8 leaks intensify with the new live images of its camera UI, revealing a lot about the capabilities of its primary shooters. The leaks confirm that the Dual-Camera setup features one RGB sensor for color photos. While the other one is a Monochrome sensor for Pure Black and White photography. A similar implementation is already seen on the Huawei P10 and Motorola Moto Z2 force edition.

This interface is similar to the younger siblings the Nokia 6 and the entry level Nokia 3. While the only new changes here are related for its Dual-snapper. Furthermore, the camera flipping menu here shows an option for the primary camera, Front facing camera. And also a Special option at the bottom known as Dual-camera. Likewise, the other choices in the menu are regular Auto-HDR, timer, and Auto-flash; nothing fancy here.

If we take a look at the adjacent side of this menu, we can see an icon which also looks like it also says things related to the Dual-camera. With an image featuring a Dual-Lens in the camera shaped outline. And it brings us the RGB mode, monochrome mode and not only-but also a Dual-Lens mode probably for portraits. Activating both the monochrome for depth information and RGB for natural coloring. And adjusting the bokeh effect as it receives information from the monochrome sensor.

Even though they’re not a ton of options seen yet, but Nokia’s partnership with Zeiss will always ensure us with the best looking photos. Just like we have seen in the past. The camera app could also be updated to the Lumia Camera. As recently HMD got the Lumia Camera software patent from its former owner Microsoft.We could see an update shortly, but it could take some time.Before the final camera app makes its way to the Nokia 8 Flagship which is to be announced by HMD at a big event on August 16.