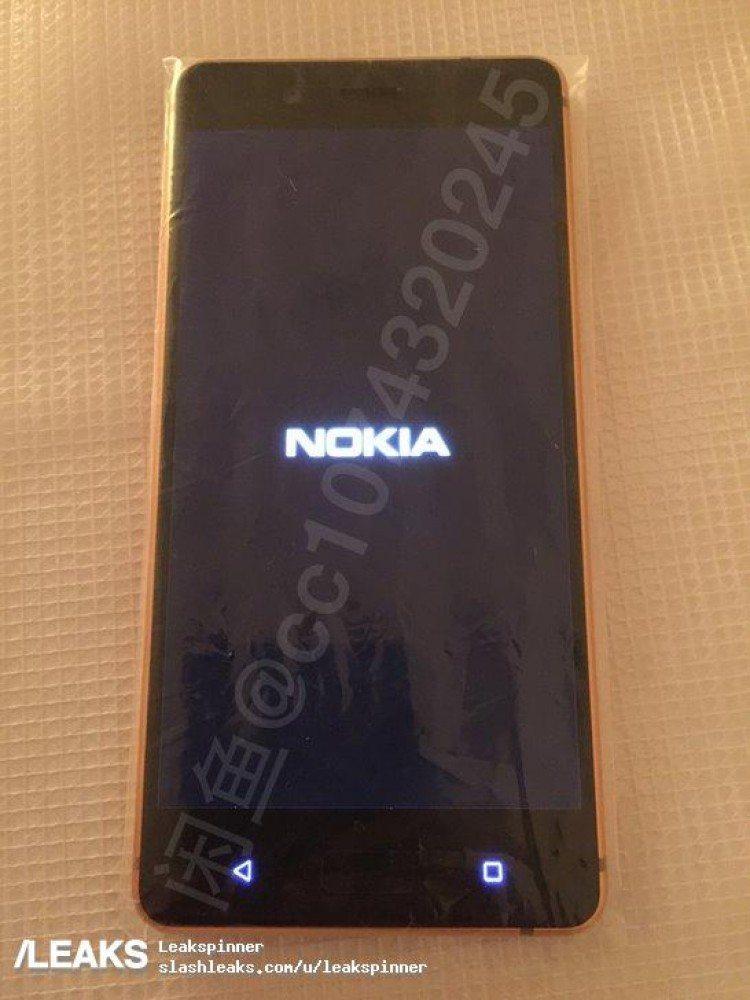 HMD Global already confirmed a launch event for August 16 where we could probably see the Nokia 8 flagship. Last week we reported about new pictures showing the gold-copper version of the Nokia 8. The images leaked here confirms all the earlier design aspects of the phone that we have seen. The HTC U11 like color shade also returns but this is less shade changing. 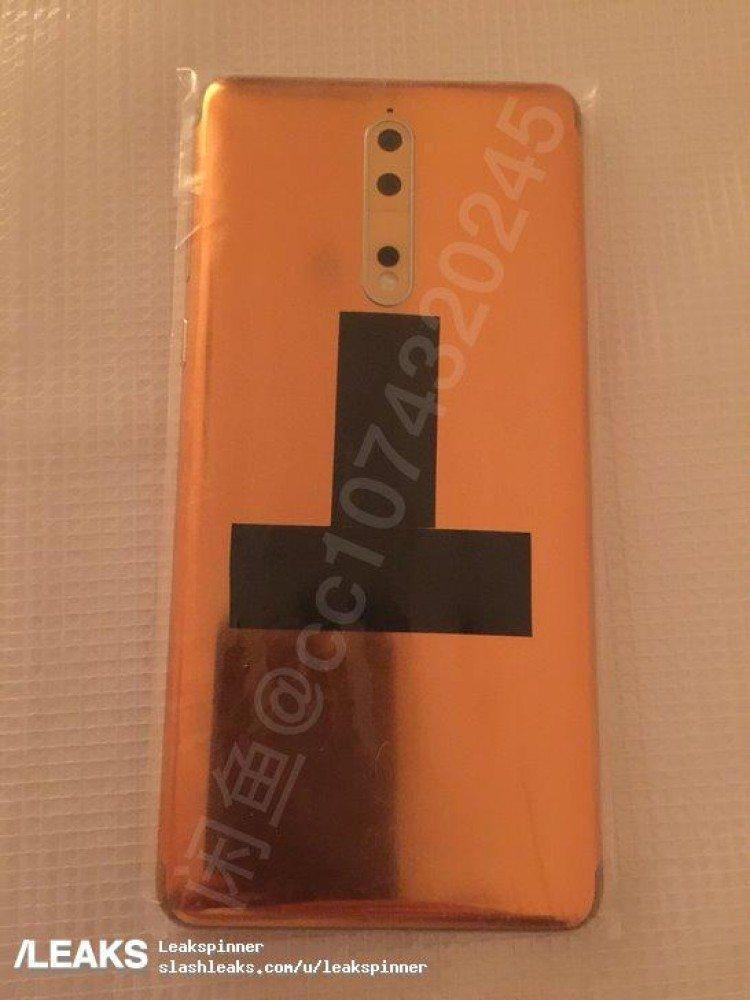 Nokia 8 will feature a physical home button on the front side, which also happens to be the fingerprint sensor. On the rear, there’s a Dual-camera setup, possibly featuring Zeiss lens with a LED flash. The image shows us the same Copper Gold shade that we have seen earlier. Though the Zeiss branding is still missing, that could be possibly added in the final finished stage.

In this image as we could see, there’ll be a Dual sim variant for the Nokia 8 also available. There’s nothing known about which countries will get this version. That weird looking rectangle fingerprint scanner with a lot of bezels in the bottom chin is still there. Adjacent to which we have the capacitive back and multitasking buttons, which are also backlit.

Nokia 8 will be the company’s flagship and will come with the latest cutting-edge silicon form the house of Qualcomm. Now we only have Nokia remaining to show us what they can do with their take on the Dual-camera setup. Motorola impressed us with their selective color, focusing and even background replacement tricks. With partnership with zeiss we have high expectations. As in the past we have seen some really great image sensors from them.

HMD is holding a event on august 16, so we hope, we could see the Nokia 8 there in all its glory.