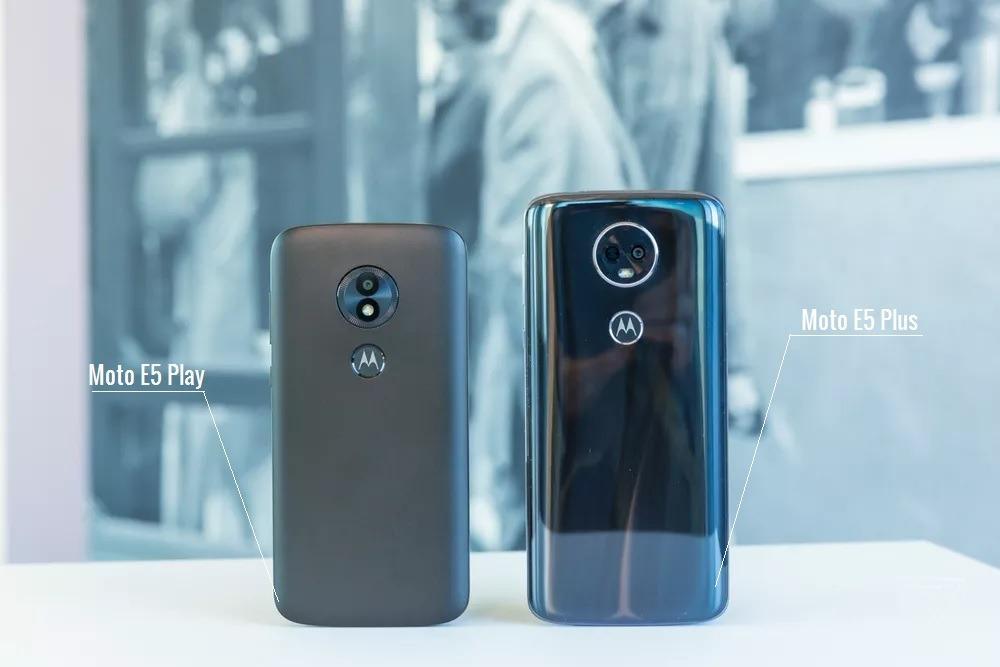 Motorola is back again with their next-gen budget phones, the company launched a total of six phones recently, three phones from the Moto G6 series, while the other three belong to the Moto E5 series. In this post, we’ll explore what’s new with the Moto E5 series and what they bring to the table and also some pricing details as well. In total there are three variants in the Moto E5 line up, starting with the Moto E5 Plus which is a premium model among the three, next is the standard Moto E5 and eventually this time we also have a Moto E5 Play model as well.

The Moto E5 Plus packs the most punch out of the three and also has the much higher build quality and more premium feel and is made out of super shiny glass, which can swiftly match the Moto G6 or the Moto X4 phones, as it is profoundly inspired from those models. While the Moto E5  has a metallic matte finish, and the Moto E5 Play is just made of plastic. Out of the three, interestingly the E5 Play has a removable battery and a 16:9 ratio display, while it’s more premium siblings (E5 Plus and the E5) have a unibody design with the new 18:9 displays.

The Moto E5 Plus though is a budget phone and packs modest specs, but this little Moto packs a humongous 5000mAh of battery capacity following its predecessor’s footsteps, it also supports Turbo Charging. The display is also huge on the E5 Plus, with the front being dominated by a 5.99-inch 18:9, HD+(720×1440 pixels) display. The device is powered by a Snapdragon 425 and comes with either 3GB/2GB RAM options, while the storage comes at 32GB or 16GB, with sd-card support.

The Fingerprint Scanner is embedded within the Motorola batwing Logo

The Camera’s on the Moto E5 Plus may look like it’s sporting a Dual-Camera setup, but it isn’t. Instead, that second camera cut-out houses the Laser Auto-focusing system which assists the 12 MP (f/2.0 aperture) sensor’s inbuilt phase detection, and Dual-Tone LED flash. So, the Moto E5 Plus gains a hybrid auto-focusing system. Moreover, on the front depending on the markets you will get either an 8MP (f/2.2) selfie camera or a 5 MP front camera. Fortunately, both come with front-facing LED flash.

So, now coming to the pricing the Moto E5 Plus, this premium end Moto E will retail for EUR 169. However, you should expect different pricing in diverse parts of the world. In India, the Moto E5 Plus will be priced much aggressively. 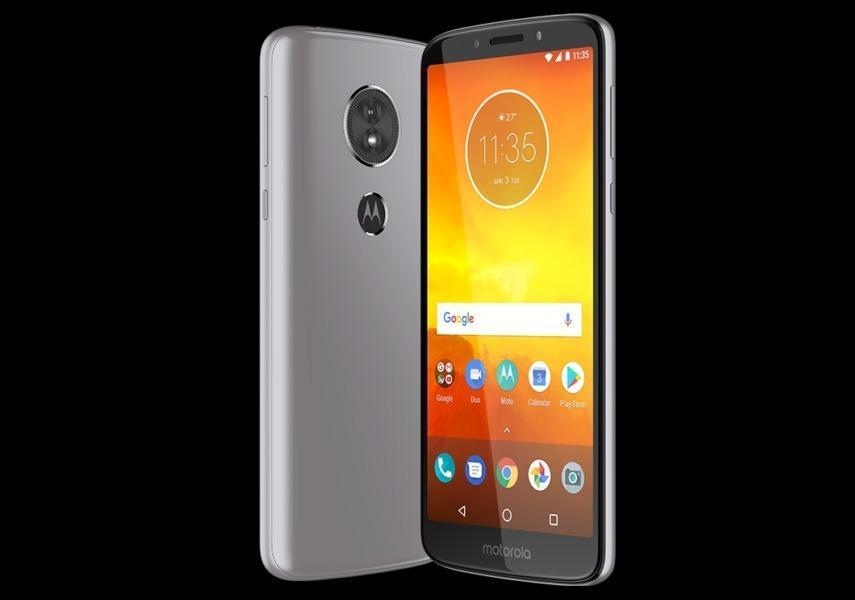 This one also has the fingerprint reader on the back within the Moto-Logo, and sports a 5.7-inch 18:9, HD+ IPS LCD. This standard Moto E5 is also powered by the same chipset present in the Moto E5 Plus, that’s the SD 425 and is paired with 2GB RAM and 16GB storage options.

On the battery front, it also packs a massive 4000mAh power pack, while the Moto E5 gains a 13 MP (f/2.0 Aperture) camera, but losses on laser auto of the E5 Plus and has the standard phase detection system. A 5 MP camera along with an LED flash does the duty on the front.The Moto E5 will retail for EUR 149, but this pricing will change in different markets, this is the EU pricing.

This one is only US exclusive and still follows the traditional display dimensions with its compact 5.2-inch HD(720p) display which is still 16:9. Under the hood, either a Snapdragon 425 or a Snapdragon 427 can be found, paired with 2GB RAM and 16GB of internal storage.

The battery is also a smaller 2800mAh but should suffice with the smaller, low-resolution display. It has a primary 8 MP f/2.0 sensor with an LED Flash, while the front gets a 5 MP snapper and fortunately this one also has a front-facing LED flash. Pricing for the Moto E5 Play is not revealed yet.

All the three variants of the Moto E5 series runs on clean Stock Android Oreo 8.0, and Motorola also cleared that these devices won’t be getting any significant software updates in the future. Most of the people buying these budget phones are not into software updates. However, all the three models in the Moto E5 series will continue receiving necessary Security updates for the next two years.