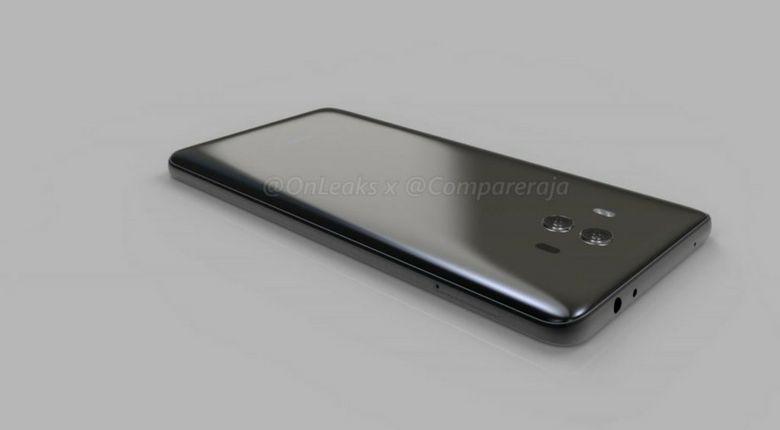 Huawei has already revealed an image in which Mate 10 is there with a Dual-Camera setup, and in the recent event, they have also confirmed that Mate 10-series devices will be the first to offer Hi Silicon Kirin 970 Chipset.

Now new leaks are there about the Mate 10; a leaked video shows 360 Degree view of the device though it is not a real video. On the other hand, a leak from Slashleaks shows the front panel of the phone. Let’s check out more information about the phone.

It is already confirmed that both Huawei Mate 10 and Mate 10 Plus will come powered by Huawei’s homegrown Kirin 970 10nm Processor, but no else information was there previously, but now some design leaks have revealed much new information. In the video, one can see a Display which is not a Bezel-less one while previous leaks were suggesting the Bezel-less screen, the 3.5mm jack is present on the top, Fingerprint Scanner is in the front.

In the rear department, the phone has Laser Auto Focus technology as shown in the video. On the other hand, the front panel leak shows minimal bezels in the display part and a Huawei logo below; it is very similar to what earlier leaks have suggested that is why it appears to be true. The phone will come with a top notch Dual-Camera setup which will be able to capture amazing Portrait shots. One thing about which we are sure is that the phone is going to be an actual Flagship as its biggest competitor is the Galaxy Note 8, and Huawei has earlier also shared a tag line “BeyondGalaxy”, which we think you are smart enough to decode.