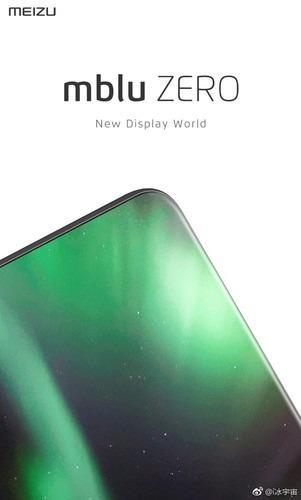 The bezel less trend is increasing day by day, and Chinese OEMs such as Xiaomi and now Meizu are leading the pack, by pushing the design limits to new heights. While Xiaomi will impress everyone next week with their Mi Mix 2, Meizu also has some big plans, with its next upcoming thing.

After the company has done launching the Dual-display Meizu M7 pro , the Chinese-giant will now enter the Bezel less trend with all its guns loaded and this time its bringing really big guns, just check out the render leaked here, and you’ll see why. From the looks of it we can now say, this is the one; the device shown in this render represents the true bezel-less desire of every modern smart phone enthusiast.

The device features no bezels what so ever at all(that what we think, but then again the other part is not shown here). Even so, this thing doesn’t even show the side frame which many devices have and are still touted as Bezel-less. But Meizu went all in and made the display touch its far end edges, giving it a real infinity look.

The renders show the company will call it Mblu Zero, while the device might retail for $620(4,000 Chinese Yen); which seems pretty ideal for such a bold and desirable design. Meizu is rolling out some great concepts this year and is continuing with it along with pushing the boundaries even further. Let’s see does this new leak comes out to be true or not.