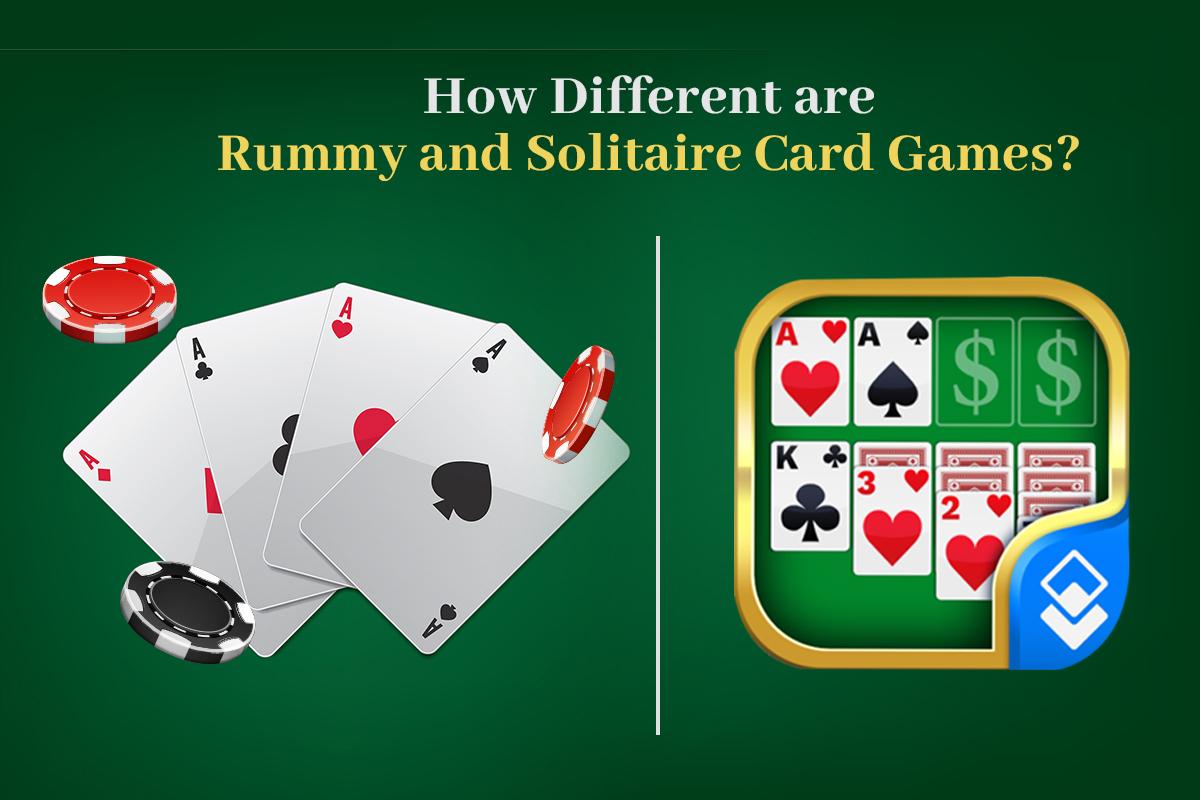 Card games have been around for numerous centuries now. As opposed to other genres of games that originated such a long time ago, the popularity of card games is still intact. In fact, the popularity of card games is still on the rise. According to Gamesver, there are numerous reasons why card games are still so popular all around the globe. The foremost reason is that they are very portable, i.e., all individuals need to indulge in different varieties of board games as a deck of cards. Besides this, most card games are easy to play, and their rules are straightforward. Also, read Among Us MOD APK Download MOD Menu Imposter Hack.

Two of the most popular card games that are still played extensively by enthusiasts all around the globe include rummy and solitaire. Rummy is a group of matching-card games based on matching cards of the same rank or sequence. Besides being played in the orthodox offline version, iterations of the rummy game online are also very popular among the masses. On the other hand, solitaire is another famous world game where the goal of players is to get rid of all their cards. Even though both rummy and solitaire belong to the same genre, there are numerous differences between the games. This article will shed light on some of the most prominent differences between the two based on different aspects and parameters. Let us dive right into it:

Differences Between Rummy and Solitaire – A Detailed Look:

●   Number of Players Who Can Participate:

Rummy – Even though the rummy card game has numerous variants, usually, two to six players can participate in most of them, which makes it a fun and exciting card game to indulge in.

Solitaire – The term “Solitaire” features a hint of “solo.” Thus, it is apparent that solitaire is a single-player card game when played in the orthodox offline mode. However, when it comes to online solitaire games, multiple games and online platforms offer enthusiasts the opportunity to indulge in multiplayer solitaire games.

Rummy – The total number of card decks required to play depends on the total number of participants in a rummy game, which is determined by the variant of the game in question. Usually, one or two standard card decks, along with jokers, are required. Even though the Joker card may seem unnecessary, it is a match-turning card that players use to create mandatory combinations.

Solitaire – Unlike rummy, solitaire games only require a single deck of cards, mainly because it is a single-player game. However, in the case of online solitaire games, a maximum of two virtual card decks are used. However, there is no joker present in either of the modes.

Rummy – In the case of Indian rummy, which is very popular among the masses, every participant is dealt 13 cards. The main objective of every player is to create the required combination using all of their cards and make a sensible and valid declaration. However, to achieve a valid declaration, players must create a minimum of two sequences, out of which one has to be pure. The player who wins the game gets 0 points. If any plague is declared without having a pure sequence, they get penalized by getting 80 points.

Solitaire – Unlike rummy, where players’ primary objective is to create combinations, solitaire games require players to sort cards. The primary objective of every participant in a solitaire game is to move or transfer all their cards present in the tableau columns into the foundation piles as per the suit in ascending order, i.e., from ace to king.

Rummy – A rummy game begins with every player drawing and discarding a card at their turn. They are allowed to draw cards from both the open and closed decks. However, they can discard their cards to the open deck. Then, players need to create numerous combinations like sequences, as well as sequences and sets to achieve a valid declaration. Players can create a valid declaration and win the rummy match by creating one of the following combinations – 2 sequences that include at least one pure sequence along with two sets, three sequences out of which at least one is a pure one along with a single set, or four sequences which includes at least one pure one. Before declaring their hand, players should ensure that they have at least one pure sequence to avoid getting penalized.

Solitaire – In a solitaire game, players need to place a card from one tableau column on another one that holds a higher ranking than the moved card and which is of an alternate color. If there is any spot left on the tableau, it can only be filled with a king. If moving cards is not an option, players can select three cards from the stockpile or cards to create a talon. If players cannot play the first card present in the talon, they can pick three more cards from the stockpile of cards. However, if no cards remain in the stockpile, the talon will get reshuffled and turned into a new stockpile. To win the game, players need to transfer all the cards from the tableau onto each of the four foundation piles as per the suit in ascending order, i.e., from ace to king.

To know all about the differences between the two card games, refer to the points mentioned above. Also, read Top 20 Best online games to play with friends on a PC [Free To Play].