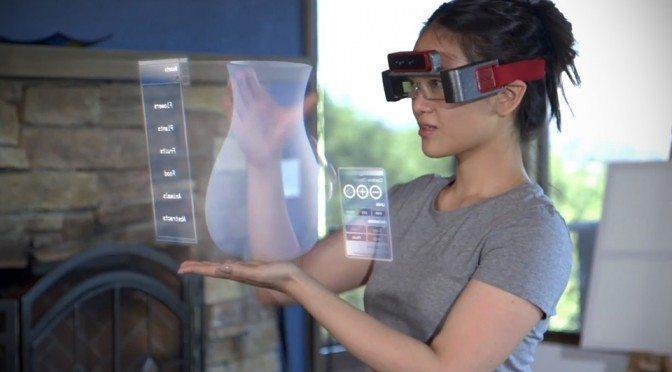 Facebook’s Oculus is working on a pair of Augmented reality smart glasses, that could superimpose virtual objects onto the real world, in real-time. Just like what project Google’s Project Tango and Microsoft’s Holo-lens does but on a smaller scale; within a small pair of glasses. The Snapchat’s app is an example of AR, using filters called Lenses that can add masks, drawings, and other accessories to user’s images.

In a current patent documenting, the American Social organization sketched out plans for a couple of glasses. Which suggests that it’s utilizing an enhanced two-dimensional scanner. Facebook says its smart glasses would project light beams into the user’s eyes using a “waveguide display” technique that could add graphics in the form of images and videos to the user’s’ vision.

Moreover, they could run alongside users headphones while playing games on consoles for a more immersive experience. This rather seems quite a challenge as we have previously seen Microsoft’s huge Holo-lens; trying to achieve the same, but the results still lefts us to desire more.

Lenovo at it’s Techworld event also showcased a similar concept, for e-commerce applications. While it already has a phone, that’s based on Augmented reality in collaboration with Google, called Project Tango phone.

Facebooks with Oculus in its arsenal is looking forward to being a dominant player in the VR and AR industry. Facebook’s Oculus is also working on a $200 full fledge budget VR headset; that we earlier reported, and wants the AR and VR to reach the masses.

However, the company recently also launched a new virtual reality social network called Spaces. Which it describes as  “a new VR app where you hang out with friends in a fun, interactive virtual environment as if you were in the same room.”

With the increasing popularity of the AR and VR, Facebook has a massive opportunity to grab the market; with its Oculus team.