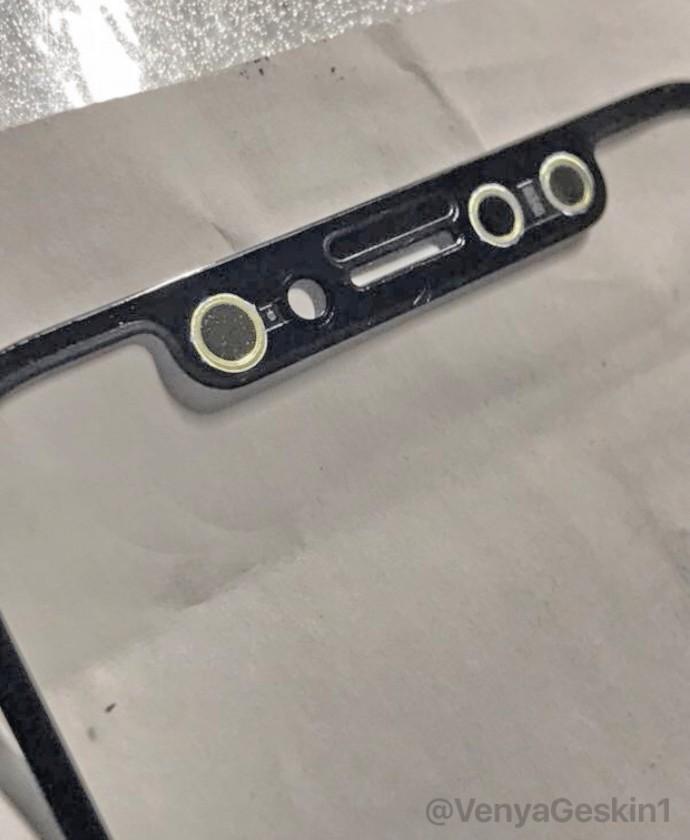 As the iPhone 7S and iPhone 8 launch near, the leaks continue to emerge. And in these countless leaks, more information about the devices gets confirmed. This time around, we have the front panel’s top sensors array’s close up look; which confirms Apple is betting on 3D facial recognition technology. As not only it will help in unlocking your phone securely but also for payments. With that, it is also rumored to work in the Dark environment, with its infrared sensors.

Another important information reported earlier that the front facing camera would be able to record the footage in 4K at 60 FPS. That kind of footage is enough for AR which will be another new addition to Apple iPhone 8’s feature arsenal.

However, this new sensors array also match with the CAD rendering leaked before. In the above picture, we can see all the four holes for the sensors and front cameras match together in harmony.

Apple will magical tell you how its next-gen 3D facial recognition is a better way of securing your smart phone as well making payments, will be a breeze on the go, rather than a fingerprint sensor, which is also rumored to be present on the side embedded in the power button. The new 3D sensor used for the facial recognition (faceID) technology will reportedly detect your facial geometry and features within one 10th of a second.

Moreover, with all these new features coming in with the iPhone 8, the prices will also be skyrocketing reaching as high as $1200, as we reported earlier.