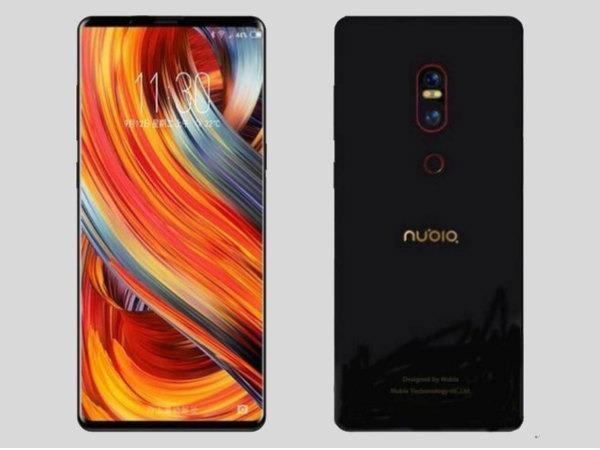 Earlier this week a lot of leaks were coming regarding the Mystery Bezel-less smartphone(NX595J) from the house of ZTE. A lot of platforms have covered that news, but we didn’t as we were not sure about the information leaked and today the device has received TENAA certification.

The design and specifications got leaked online. If you were expecting something revolutionary then, unfortunately, we have bad news for you, let’s jump to the information.

A lot of sources were claiming that this will be the first Bezel-less device to have a better Screen-to-body ration than the Xiaomi’s Mi MIX 2, but at that time we were not sure about the information, and today in the leaked image it is visible that it is not a Bezel-less smartphone at all.

The design is very similar to that of the latest phones like OnePlus 5, Xiaomi Mi6, etc. So this time the rumors and leaks have provided the fake information as this thing even don’t have an 18:9 ratio screen and they were suggesting a bezel-less device.

Information leaked through TENAA shows that the device will come powered by an Octa-Core processor clocked at 2.0Ghz coupled with 6GB of RAM, according to us it houses a MediaTek chip. It will come with a 5.2(inch) Full HD Display with a resolution of 1920 x 1080 pixels.

Image shows a Glass design and the phone will have a thickness of 7.95mm. The device will run on the Android 7.1 Nougat and will offer 64GB of expandable internal storage. It also sports a Dual-rear camera setup which is becoming traditional these days. No further information about the device is there, for more stay tuned to us.