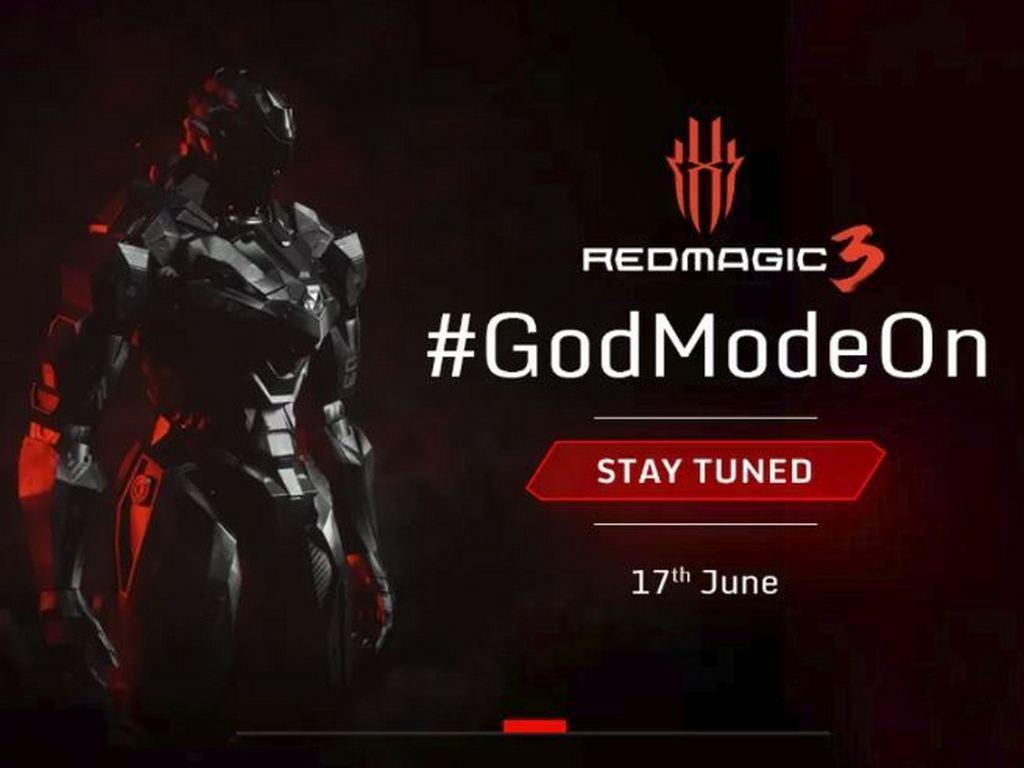 The Nubia Red Magic 3 is one of the best gaming phones available in the market right now. India has become one of the biggest smartphone consumer markets in the world. Hence all the gaming smartphone brands have started to launch their phones in India like the BlackShark 2 and the Asus ROG Phone, The Nubia Red Magic 3 was launched outside India a month ago, and it is soon getting launched in India, and that’s the reason we are here so without wasting time lets get started.

As teased by Flipkart, the upcoming Nubia Red Magic is scheduled for launch on 17 June 2019 and will give a stiff competition to the Black Shark 2 if it comes at the right price. This will be a Flipkart exclusive phone and could be bought only there. The phone has scored the highest in the Antutu Benchmark and is leading in the month of June as well. As far as the specifications are concerned, it comes with a 6.65-inch FHD+ AMOLED Display, comes with the best Qualcomm Snapdragon 855 Chipset, Liquid Cooling Technology, a single Sony IMX586 48MP Primary Sensor and a 16MP Selfie Camera along with a massive 5,000mAH Battery as well, The phone has a 3.5mm headphone jack and USB type c port as well.

The phone was priced at 29,000 in China and is expected to get launched around 35,000 in India if this is the pricing, this would a real flagship killer in the department of performance, even the Black Shark 2 is priced at 39,999 and if the pricing we expect comes out to be true we would definitely recommend it to everyone who is looking for a dedicated gaming smartphone.