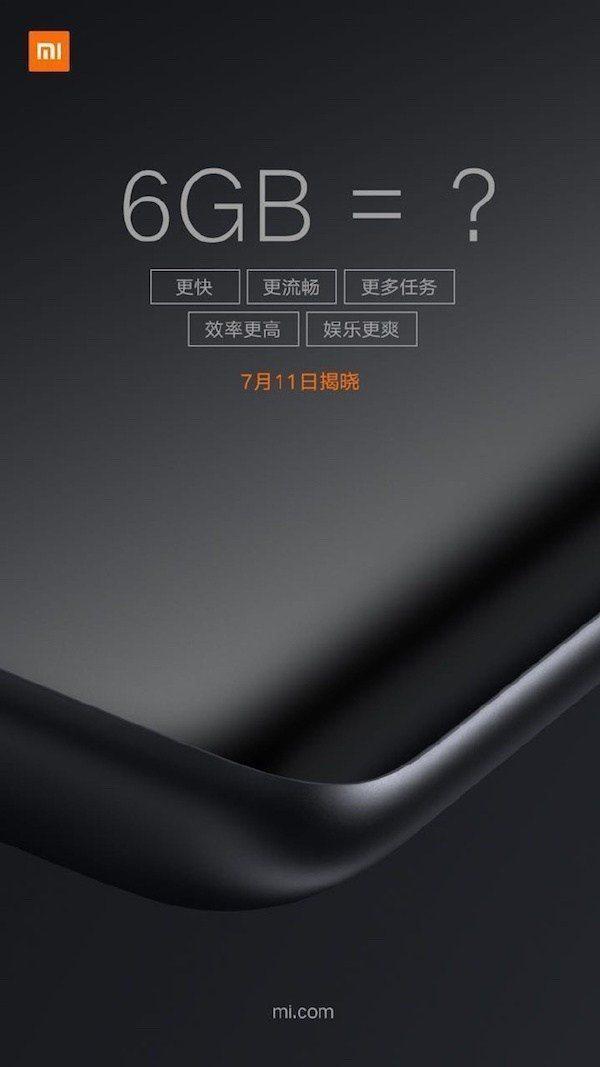 Xiaomi has got yet another Flagship like device ready for launch, even though the company just released the flagship device for this year that is the Mi6, it’s already teasing a new one now, set to unveil on July 11 which is tomorrow. The promo image says 6GB =? Which straight away should suggest 6GB of RAM, but why would they do that, if they already have a flagship device with the same amount of RAM.

Anyways Xiaomi has also got a new teaser video for us, which reveals some details of the forthcoming Flagship phone, but then again we already have the powerful Flagship MI6. Now according to this clip, the upcoming Xiaomi phone will have 6GB DDR4 RAM, super fast UFS storage and under the hood is a mysterious Snapdragon 800 series chip, which is still unknown. The design showcases a 2D glass body like the Mi Note and the Honor 8 Pro.

It’ll have a 22-megapixel rear shooter which supports 4K video recording and powering the device is a massive 4,000 mAh battery. Other specs are an IR blaster, NFC and a USB Type-C port with support for Quick Charge 3.0; this could mean this is a Plus variant of the Mi6 or could be a sequel to the Mi Mix?

If this comes in the price range of 28K INR to 30K INR, it’ll be a direct competitor for the OnePlus 5 and the newly launched Honor 8 Pro.