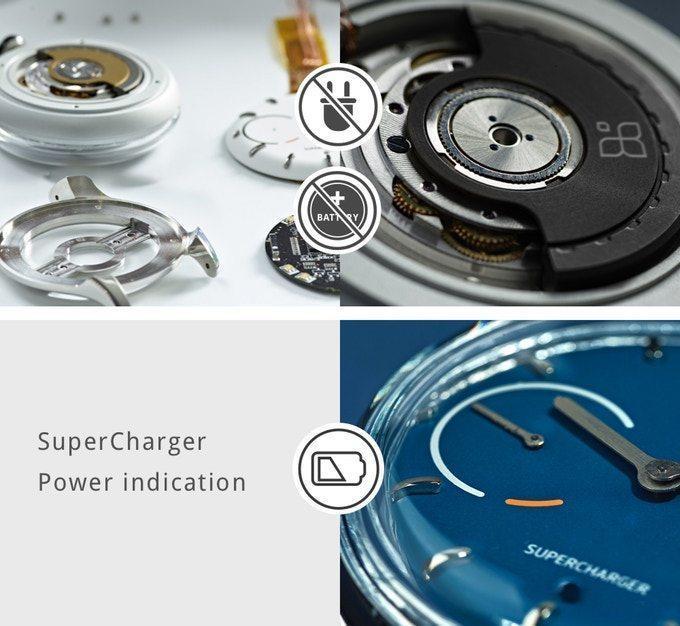 In the journey to expand the battery life and the time between charges, certain watch makers have picked to mix classic watch outlines with cutting edge technology, bringing you an alleged cross breed smart watch which addresses the issue to a vast degree. Though still fails to deliver on the battery front.

But an ambitious Swiss start-up Sequent is attempting to accomplish quite recently that, as its new Smartwatch depends on a dynamic self-charging framework that generates power from your movements, well this is not a new concept as it’s already used in high-end traditional watches since a long time.

But Sequent wants it to bring this to the world of Smart Watches. The smart watch maker claims that its self-charging system which uses kinetic energy can give your smart watch an “Infinite Battery Energy Supply,” that’s quite a statement. And with sports movements, like when you are cycling or making other massive athletic moves it will charge even faster.

The Smart Watch also contains the latest Heart-rate sensors, Step-Counter, GPS, Bluetooth connectivity with both Android and iOS, also provides notification system and all of this is hosted from their app on the Play Store and the App Store. Plus it’s customizable you can choose your strap as well as watch color. The watch is though not Touch responsive, but there will be a touch sensitive version in the future.

There’s also a huge claim about 100 days of power reserve on standby mode that is when you don’t use the watch for a day or two, which sounds too good to be true at this point. You can get the watch for $193 each by backing the project on Kickstarter as the official deliveries will be in December 2017.

At that point, it will retail for $438 (28.8k INR). We think you should wait for the reviews or even wait for a 2nd Gen as first Gen products, usually bring a not so great experience first hand.