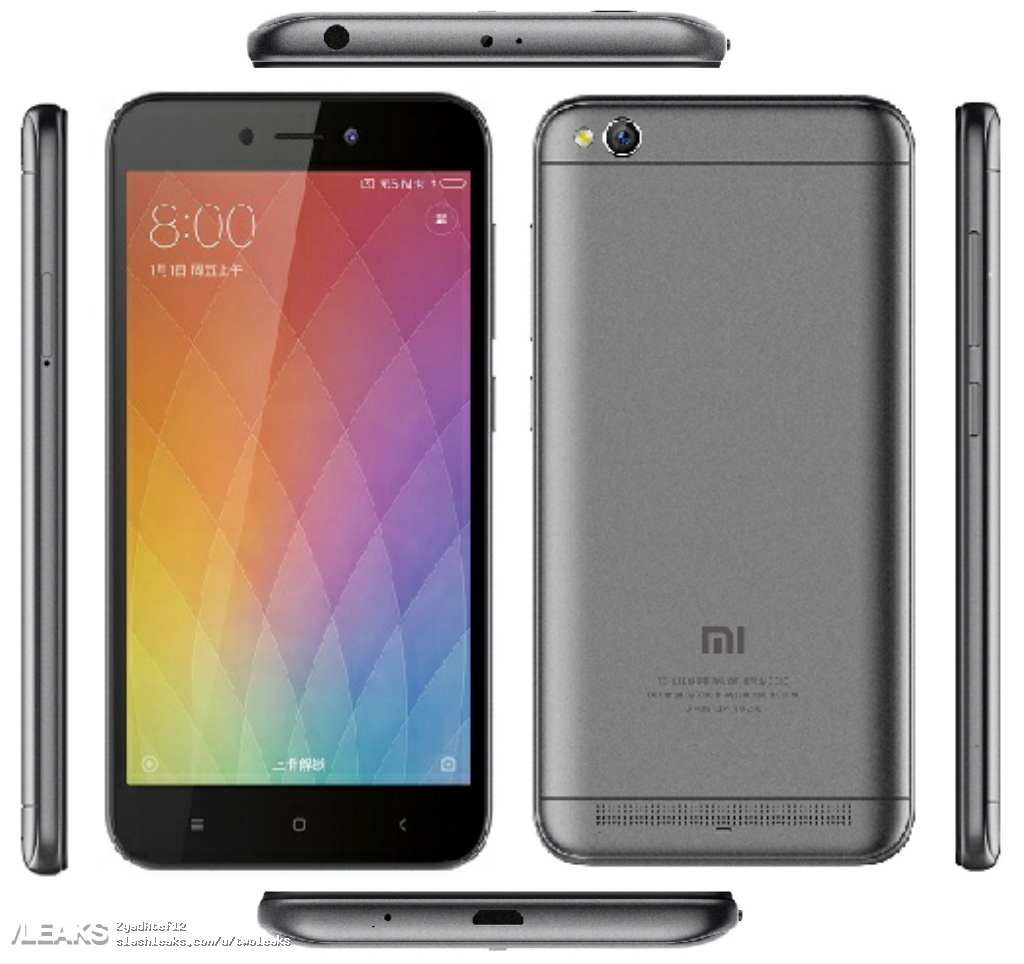 Recently the renders of the Xiaomi Redmi Note 5 were surfaced which shows some interesting expected details about the device but today we are having an up to date information with us, and in this article, we will share the leaked image and the specifications of the Xiaomi’s upcoming smartphone Redmi 5A. As per the leaked specs, it appears to be a common device, let’s check out more information about it.

As per the leaks, it will be a Dual-SIM device and will come with a Hybrid SIM Slot for expanding the storage. Powering it will be a Qualcomm Snapdragon 425(64 bit) Octa-Core Processor clocked at 1.2Ghz coupled with 2GB of RAM along with an Adreno 306 GPU for Gaming. The phone will offer 16GB of internal storage expandable up to 64GB’s, and the specification sounds very identical to that of its predecessor Redmi 4A.

It will house a 5.0(inch) HD IPS Display with a resolution of 1280 x 720 pixels. Regarding Camera, the device will sport a 13MP rear Camera with PDAF, LED Flash, Aperture F/2.2, and in the front, there will be a 5MP snapper for video chats.

The phone will run on the MIUI 9 based on Android 7.1 Nougat, and for full day backup, it will house a 3000mAh battery. The phone has a traditional USB 2.0 port for charging, and on the top, an IR blaster can be seen in the leaked image.

The device will weigh 136 grams, and its thickness will be at 8.35mm. The phone has a Plastic design, and it will be available starting from 20th October. For further updates stay tuned to us.