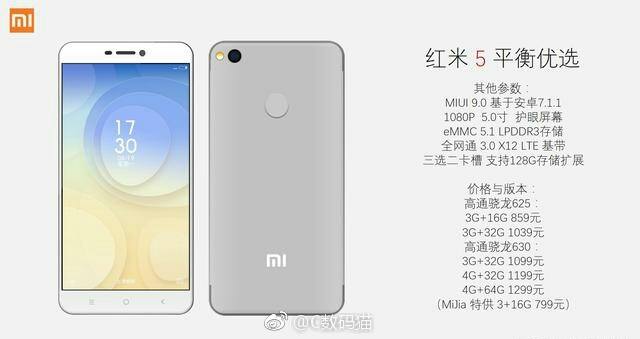 Xiaomi’s take on the entry level budget segment is lead by the Redmi 4 this summer which was a huge success. Now we have leaked specs of its upcoming successor, the Redmi 5 which is quite an upgrade this time and why you should keep an eye on it. 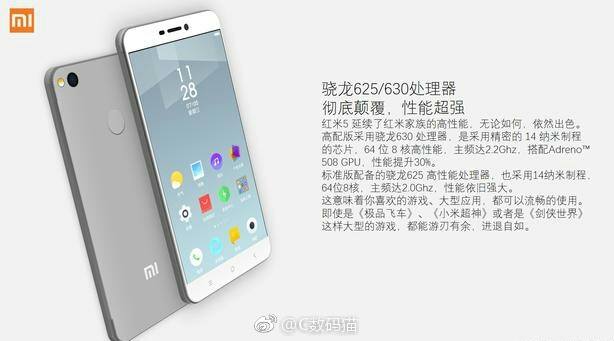 As we already know, the recently launched Redmi 4 is powered by Snapdragon 435 Soc and has a moderate performance. The Redmi 5 however, could be equipped with a Snapdragon 625 or Snapdragon 630 chipset according to this latest leak as the GPU here mentioned is the Adreno 508 which is found inside the Snapdragon 630. If this turns out to become real, then the Redmi 5 will take the market by storm, as the Snapdragon 630 is highly efficient and used in most upper mid-range devices.

While the battery size has slightly been downgraded to 3,680mAh with the support of Quick Charge 3.0 as compared to the 4,100mAh battery on its predecessor. It’ll sport a 5-inch HD display, 3GB/16GB and 4GB/32GB of RAM and ROM with a 64GB of ROM variant also available with same 4GB RAM. 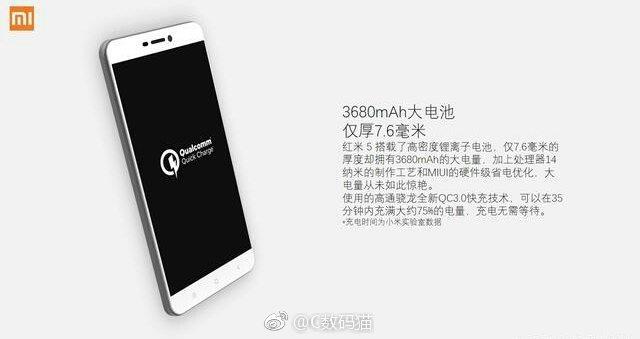 The device looks sleek and flat from the rear, with capacitive on-screen navigation keys, the fingerprint scanner is found at the back like its predecessor. It also has the MIUI 9 pre-installed. Now let’s talk pricing the Snapdragon 625 SoC 3GB/16GB variant will be priced $125 while the 3GB/32GB variant will be priced at $155.The Snapdragon 630 SoC’s prices start  $163 for the 3GB/32GB variant and $192 for the top variant 4GB/64GB.

The phone would obviously be first released in China, and then after a period of at least six months the device could make its way over to the other countries, but always you can easily import the device via Chinese e-commerce websites.