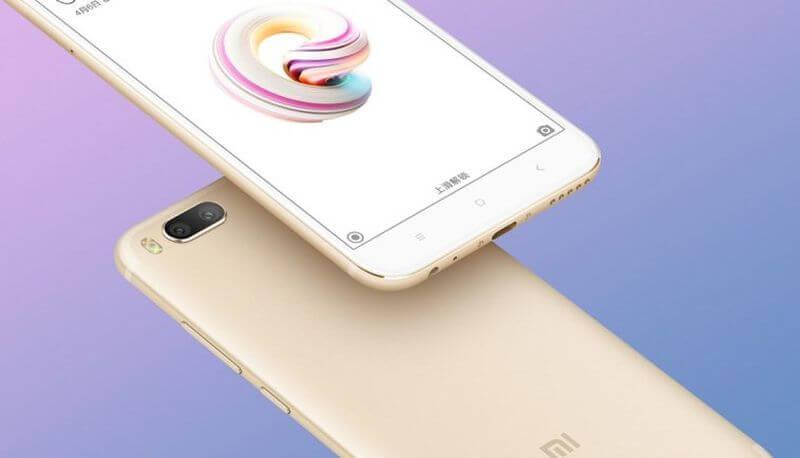 Xiaomi, the Chinese technology giant recently launched Redmi 4 and Redmi Note 4 smartphones in India and the brand has received an incredible response from the people of India. After they had launched their first smartphone Mi3 in the country, they have now gone on to become one of the most loved brands in India.

Now an exciting news is coming from the house of Xiaomi, as per Manu Kumar Jain(Managing Director Xiaomi), they will soon be coming with a new smartphone which will sport a Dual-Camera setup in the rear. If you recall then after the launch of Mi5 in India, Xiaomi hasn’t launched any of the Flagship devices, so from that point of view, it is a good sign.

It looks like Xiaomi will bring the earlier introduced Xiaomi Mi5x in India, last month they have launched the same device in China but it is not yet confirmed that the Mi5x is launching in India or not. It will come with the support of Dual-SIM and will have a Metallic design.The device is powered by the Qualcomm Snapdragon 625(64 bit) Octa-Core processor clocked at 2.0Ghz coupled with 4GB of RAM along with an Adreno 506 GPU for Gaming. It will come with 64GB ROM option that can be expanded up to 128GB’s via micro-SD Card.

The phone will have a 5.5(inch) Full HD IPS screen with a resolution of 1920 x 1080 pixels, 2.5D Curved Glass. In the Camera part, the phone may come with a 12MP+12MP Dual-setup which will have a portrait mode option, PDAF and in the front, the device will have a 5MP camera. The phone will run on the latest MIUI 8 based on Android 7.1.1 Nougat. It will have a Fingerprint Scanner in the rear and will house a 3000mAh battery. It will be priced somewhere near to 15K and for complete info, we have to wait for the next month. Xiaomi Mi 5x is also eligible for upcoming MIUI 9 update.