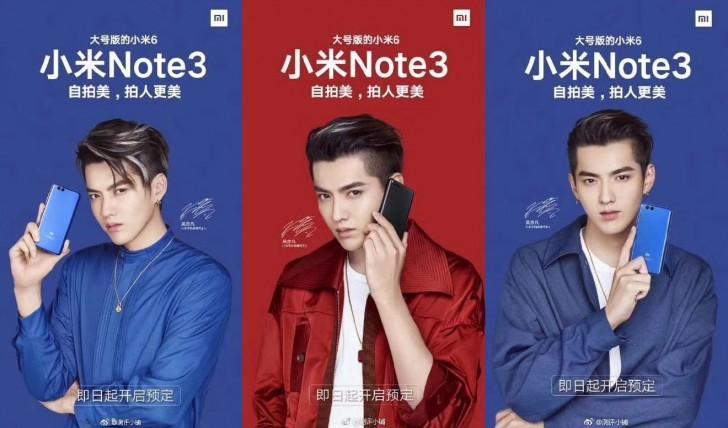 Xiaomi’s big event to launch the Mi Mix 2 will now get even bigger as new leaked images suggest that, the Mi mix2 will join forces with the Mi Note 3 and the Duo will try to steal the limelight from the Apple’s big iPhone launch; which is just the day after Xiaomi’s.

The Mi Note 3 is the successor of the company’s phablet line-up king Mi note 2, which was launched earlier in 2016. So, there’s a good chance that the new Mi Note 3 will be unveiled alongside the Mi mi 2; according to the new teaser.

Moreover, if you check out the teasers, we have a pretty good part of the Mi Note 3 visible, showing-off its curved rear panel; flanking those dual-cameras, coupled with a dual-tone LED Flash. The front of the device is not seen at all, in this images, considering that we could expect something trendy here.

Moreover, by trendy we mean, the new obsession with bezel fewer panels with 18:9 aspect ratio. Moreover, carrying the famous Note moniker, it cannot be any other reason to hide the front and surprise the fans with an edge-to-edge dream.

However, the Mi mix two will also feature the bezel less design. So, it possible we could see the duo with huge edge fewer displays. Moreover, the top of the line specs is also in the cards. Such as 6GB RAM, 128GB expandable storage. High-end materials like ceramic on the rear and titanium frame could make it feel like nothing ever made like this duo of smart phones. With those, all screen displays, which we hope are AMOLED panels.

With that said, the new sequel will be worthy upgrade with new materials, specs and especially the front design that we talked about earlier here. Lastly, the devices are expected to run on Android Oreo based MIUI 9.5 pre-installed.