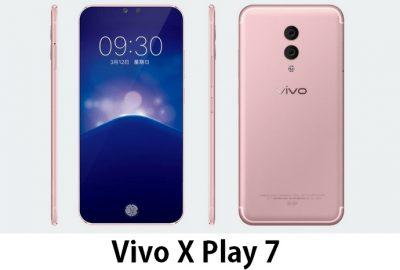 The Chinese OEM Vivo seems to have some massive plans this year; the company has already been on the forefront in embedding the fingerprint reader inside the display by using Synaptics sensors. And now its much-anticipated smartphone known as the Vivo XPlay 7’s new leaks on the specs as well as new renders have popped up on Weibo(Chinese micro-blogging site) and here’s what they bring to the table.

Starting with the new renders, and you could see fantasy turned into a reality just like Vivo did with the Fingerprint sensor, and now with the XPlay 7, the company is looking forward to breaking all boundaries with this 92.2% screen-to-body ratio. What we see here is an actual Bezel-less display, with no visible corners at all. Yes, there are some, but they look razor thin. Moreover, it is also said that this will offer the highest pixel count in any smartphone as the Vivo XPlay 7 will pack a 4K UHD display. 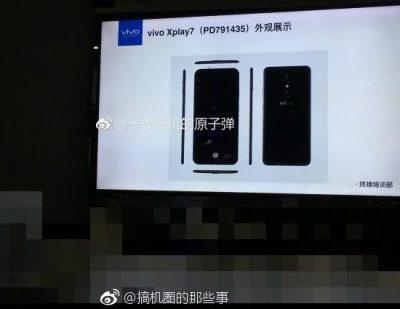 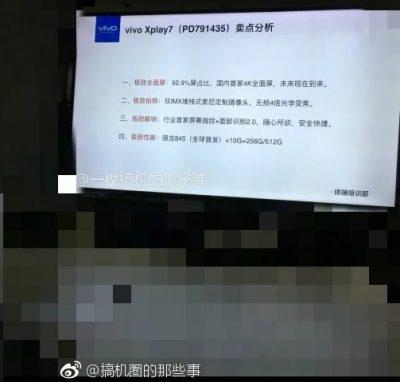 The crazy specs don’t stop there, as Qualcomm’s highest-end processor that’s the Snapdragon 845 will take charge of this phone. That will be paired with an unbelievable 10 GB of RAM, who wants 10 Gigs of RAM in a smartphone? That’s way over the top here, anyways moving ahead these specs were also leaked earlier in a presentation which also showcased the same parameters, like the 256GB and the insane 512GB storage options. The 512GB memory option could be rolled out as Samsung recently declared to have started mass producing such capacity of flash memory.

In the camera department on the rear, we have a dual-camera setup with all the usual Bokeh mode tricks. Interestingly, on the front apart from the in-display fingerprint sensor we also have dual-cameras for selfies or some face recognition tech? But it inevitably misses on the moonlight flash. Lastly, do not overly excited with this device, as we will look more into this one as it seems too good to be true.